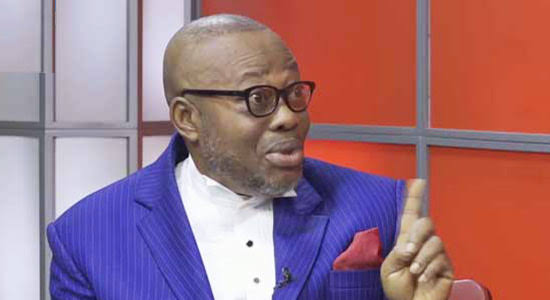 Share
Monday, Ubani, the Chairman of the Nigerian Bar Association Section on Public Interest and Development Law (NBA-SPIDEL), has urged African countries to deploy technology in order to enable the populace to elect quality leaders that will turn around its fortunes.
Ubani spoke while presenting a paper as a Panelist at the ongoing African Bar Association (AfBA) Conference in Lilongwe, Malawi.
It was contained in a press release on Thursday.
The session, which was chaired by Dr. Samson Osagie, former Minority Whip in Nigeria’s House of Representatives, had its theme as “Good Governance: Firming up the pillars of Good Governance in Africa – Building strong institutions as a critical factor.”
The NBA-SPIDEL helmsman stated that for the African continent to throw up the kind of leadership that will resolve its myriad of challenges, “the electoral system must be re-engineered and sanitized through reduction of human interference in the process. What that means is that technology should replace the human interface in certain critical areas of our electoral system.”
He gave example of Nigeria’s new Electoral Act  2022 which identified accreditation and collation as areas where destructive disruption occurs, saying that “The new Act has deployed technology in those critical areas and the consequence is that Bimodal Voters Accreditation System (BVAS) and transmission of results from the polling units to INEC server are now part of the substantive law and Electoral Guidelines in the country.”
Ubani pointed out that Nigeria has utilized the new Electoral Act in two recent elections at the State level “with positive effect,” adding that “It is almost a hundred  per cent reflection of the mandate of the majority in favour of those who were elected.”
He observed that the new Act “has rekindled peoples’ interest in the electoral process and eliminated voter apathy that has been the bane Nigeria’s democratic experience,” noting that deployment of technology in the electoral systems in Ghana, Nigeria, Kenya, Malawi and Kenya “has led to opposition parties securing victory at the polls, a practice that was hitherto a taboo on the continent.”
The top Bar Leader urged African countries to sustain full deployment of technology in all aspects of the electoral process including registration, accreditation, voting, collation and announcement of results, adding that the teething problems associated with such deployment “will be overcome through effective governance.”
According to the leading human rights lawyer, “The African continent has every reason to push for the deployment of technology in the electoral process for therein lies our salvation for the enthronement of the kind of leadership that Africa requires to drive the continent to development and progress.
Click here to Download Press Radio mobile App

“It is my extrapolation and I hope we all shall buy into this, and go back home with this idea that our policy makers, lawmakers, and the executives must agree to the wholesome application of technology in our electoral process.”
Source: Thepressradio.com|Nigeria| Chijindu Emeruwa
Monday Ubani tasks African countries to change electoral fortunes Nigerian lawyer 2022-08-11
admin
Share