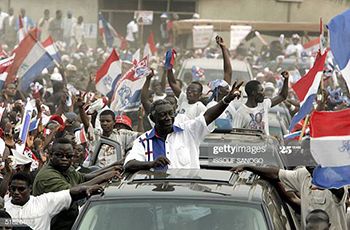 According to him, in this era of COVID-19, political parties cannot hold rallies; adding any political party waiting for COVID-19 to end before campaigning is set for defeat.

Contributing to a panel discussion on Peace FM’s morning show ‘Kokrokoo’, Kwesi Pratt Jnr said after studying the political terrain for some time, “I’ve not seen a campaign strategy close to that of former President Kufuor”.

“Personal campaigns are far more significant for me; and that was what former President Kufuor did; he often went to homes; and spoke to the people at a personal level and that is what we need now. But if you are waiting for a big rally at a stadium, defeat is what awaits you,” he opined.

Listen to Kwesi Pratt’s submission in video below