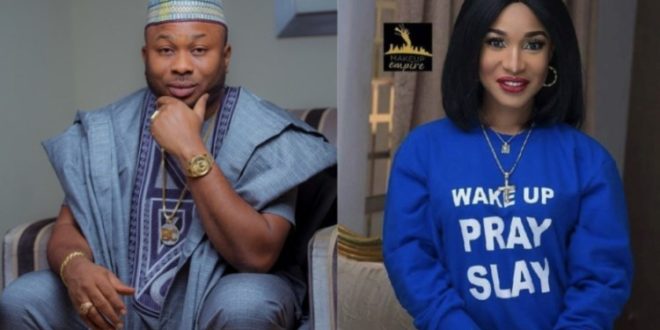 Popular Nigeria Entrepreneur and Philanthropist, Dr. Olakunle Churchill has debunked what he described as discredited and false publications of an alleged judgement by a customary court in Abuja, Nigeria granting his ex-wife, Actress Tonto Dikeh full custody of their son.

He made this statement through Barrister Nnwoke and copied to MyNewsGh.com after an in-depth investigation into the said falsified judgement of a customary court granting full custody of his son to his ex-wife, Actress Tonto Dikeh.

According to the report filed by Barrister Nwoke, the alleged false claim of the judgement by a customary court in Abuja and published by one Cutie Juls blog was sponsored by the Actress  who is no longer married to Dr. Olakunle Churchill.

He stated that the frivolous report was just a mere attempt to distract Dr. Olakunle and create a bad image for him in the eyes of the public.

Read excerpts of the lawyer’s response below;