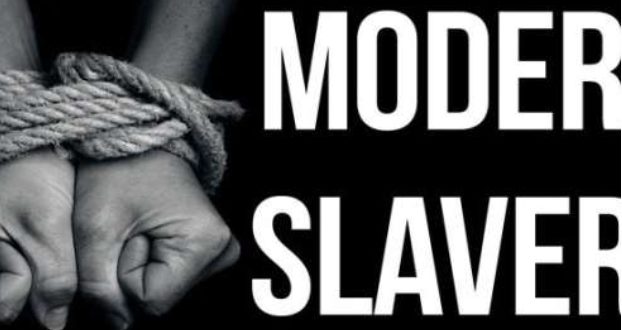 Share
As part of its efforts to help combat all forms of modern slavery in Ghana, Action Aid Ghana has taken another major step by building the capacity of some selected media personnel in Accra to help fight the canker.

According to him, modern slavery has become a serious challenge in society, necessitating a coordinated effort to put an end to the practice.

“When you get to the aforementioned African countries, you would be abducted and your money will be seized from you. After that, you’ll be instructed to lure your brother or any close relatives to attend with promises of safe arrival and that he or she should come,” he disclosed.

He stressed the need for people who are planning to travel to investigative agencies to offer them such opportunities before signing a contract with them.

“Some victims returned home with mental health issues and pregnant, while others only had their dead bodies were brought home.”

This he said, a lot of people are in serious trouble and are suffering in Iraq, Saudi Arabia, as a result of not verifying the authenticity of the agencies offering them the traveling opportunity.

According to Chief Superintendent Mike Baah, the fight against modern slavery is a shared responsibility hence there is the need for all sundry to collaborate with security agencies to address the canker.

He also cautioned agencies who into such dubious acts to refrain from that, adding that Human Trafficking Law Act 694 prohibits human trafficking and perpetrators. “When arrested you can be sentenced between 5 to 25 years,” he stated.

This he said such slavery manifests in form of forced labour, human trafficking, debt bondage, and unfair contract farming practices.

According to him, Ghana has moved from tier-two as a country hence there is the need to scale up efforts and also put measures in place to help respond effectively to issues of trafficking in modern slavery.

Mr. Abdul Hayi Moomen, a well-known broadcast journalist, also walked the participants through the ethics of journalism, which should guide journalists and media practitioners when covering issues of modern slavery.