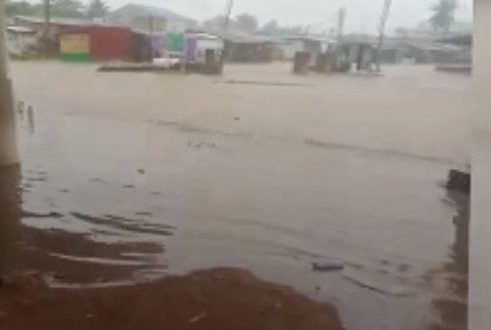 Police warn drivers to be careful

The perennial flooding in Accra resurfaced on Saturday night after a heavy downpour left several parts of the city flooded.

The downpour resulted in heavy gridlock in major parts of the road in Accra leaving commuters stranded at lorry parks and bus stops.

Since 1968, the capital city at the slightest of rainfalls records devastation to communities as a result of floods.

The phenomenon on Saturday night obstructed traffic flow on major parts of the road in the capital.

Some of the worst hit areas of Saturday’s floods include Kaneshie, Kwame Nkrumah Circle, Madina, Awoshie, Odorkor and Santa Maria.

The Ghana Police Service, in a statement, cautioned drivers to avoid the “Graphic Road towards Kaneshie and Agbogbloshie due to the rising level of the Odaw River.”

Residents of affected areas were asked to remain indoors.

“In addition to the above, motorists and commuters should exercise great caution when using the La Beach – Kpeshie Lagoon Road towards Teshie-Nungua as well as roads that are linked by culverts and bridges. 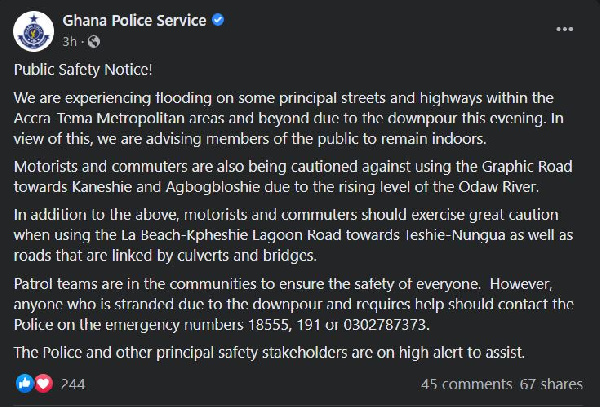 The hashtag #AccraFloods has been trending on Twitter as some Ghanaians share videos and photos of flooded areas.