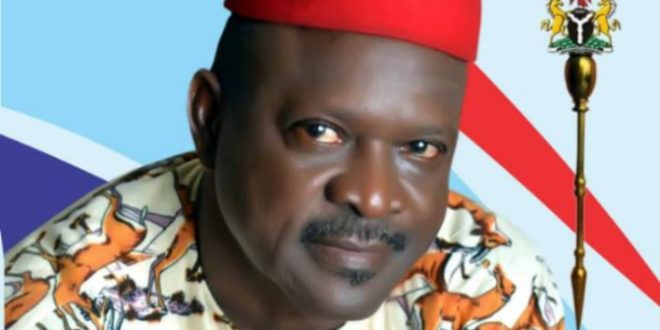 Share
The 2023 House of Representatives Candidate of Action Democratic Party (ADP) for the seat of Ikwuano/Umuahia federal Constituency of Abia state, Chief Paul Meregini, has called on the Independent National Electoral Commission (INEC) to ensure adequate provision of logistics to enable all eligible citizens of the state and the country at large, get registered and revalidated, and exercise their civic rights in the upcoming general election in 2023.
This comes on the background of calls by socio-political groups, members of the national assembly, and  thr recent court order restraining INEC from ending the voter’s registration on June 30th.
Reacting, Chief Paul Meregini, in a statement issued to journalists on Monday in Umuahia, lauded the ruling of an Abuja High Court on extension of the ongoing registration exercise, and stated that eligible Nigerians should be captured and must not deprive them  their constitutional rights to effect the desired change in the political leadership of the country at all levels.
He added that the extension of voters registration would equally halt political apathy and guarantee full participation of qualified citizens to decide on those who would mount the saddle of leadership in 2023.
The ADP House of Representatives standard bearer also reminded the Abia citizenry on the urgent need to participate in the ongoing electoral process, as  Permanent Voters’ Cards (PVC) remained the only power vested on them by the laws of the land to decide on their destinies, through enthronement of purposeful, effective and responsive leaderships in the state come 2023.
Meregini also regretted at the developmental backwardness of Ikwuano/Umuahia areas of Abia state, particularly the bad condition of Ikot Ekpene–Umuahia federal roads, insisting also that enough needed to be done to raise the bar in socoo-economic and Infrastructural growth and development, as  successive occupants of the Ikwuano/Umuahia federal constituency seat in the House of Representatives had failed to justify the mandate entrusted on them by the people.
He reiterated on his promise to address Infrastructural deficits in Ikwuano/Umuahia areas, facilitate employment to indigent constituents and attract meaningful social investment programs to empower the youths, men and women, for them to be self dependent and reliant to fetch for their families
According to the Abia party chieftain, “i will ensure all sections of the Ikwuano/Umuahia bloc have Infrastructural face-lifts towards enhancing growths and welfare of the people”.
Meregini further used the medium to call on all eligible citizens of Ikwuano/Umuahia federal constituency to make them available and get registered and revalidated at any INEC designated points or units for their Permanent Voters Cards, to also enable them entrench good representation, adding that he stood tall, and the most qualified person among other candidates, for the plum job, as he stated that he possessed the capacity, competences and expertise to attract basic amenities in the constituency if given the chance in 2023.
Source:  Chijindu Emeruwa  (Contributor)
Abia ADP 2022-06-28
admin
Share