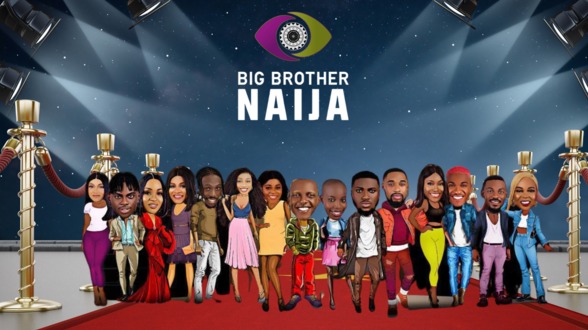 A recap of the most exciting happenings, news and drama from #BBNaija that trended on #TwitterGhana in August

Big Brother Naija Level Up Housemates are giving their fans across the continent what they signed up for and more. In August, they served up daily doses of major drama and excitement, much to the delight of Ghanaian fans on the Timeline. Highlights from the past month included, heated confrontations and scores to settle among housemates, unexpected twists and turns and of course, love! So what excited netizens the most on #BBNaija this August? Here you go!

Biggie’s Love House, or is it?

There was a lot of commentary on the various relationships a.k.a ‘ships’ that shaped up a few weeks into the new season. And as usual, Twitter is where the most authentic conversations with fans and followers of the show take place in real time.
Ghana’s Entertainment and blogger @AmeyawDebrah was among the first to comment on love in the House.

@KoomsonElla seems to think Doyin’s desire to find love in the House was on another level with this Tweet.

BBNaija season 7 housemates, Phyna and Groovy stirred reactions over their relationship last month, as both housemates got very close to each other.

The relationship kicked off after Beauty, Groovy’s former lover in the House, was disqualified.

Meanwhile, the ship between Giddifya and Diana, popularly referred to by housemates as “Mon Cherie”, didn’t go as expected, as both agreed to go their separate ways.

The Head of House battles heat up!

The Head of House (HoH) games were quite intense in August for the housemates, as both levels had to live up to the challenge to win immunity. Eloswag, Hermes and Adekunle performed really well, winning the title of HoH and saving their level from eviction.

Chomzy savors her HoH title, the first female to hold it so far!
For the first time on the show, Chomzy, a female housemate, became the HoH!

So Level 1 is all about Hermes, Adekunle and Eloswag ? 🤦🏾#BBNaija#BBNaijaS7

Diana fueled hilarious reactions after seemingly sending Big Brother to buy salt for the house! She made the hilarious request during a diary session with Big Brother, when she brought the lack of salt in the House to his notice. @Nancee_pantaki couldn’t help but tease Diana about being the first person to ever send Big Brother on an errand.

Chaos stirred in Level 1 house as housemates, Adekunle and Chi Chi engaged in a heated altercation over Deji moving to the level one house as instructed by Big Brother. Twitter user @tabithateyeko, shared her thoughts on the incident.

Tension in the House as levels 1 & 2 merge
After the third eviction in the month of August, Biggie answered the prayers of fans and thrilled them by compelling Level 1 housemates to join the level 2 housemates in their house. Although this new direction seems to be what some fans were hoping for, the move ramps up tensions among the housemates as the finale draws closer. No more levels now, each one for himself, and fans can anticipate more gbas-gbos!

Finalllyyyyyy💃💃💃💃The Merge is here,the show is now about starting🔥🔥🔥🔥I am here for the vawulence I signed up for 🤣🤣🤣#BBNaijaS7

@ms_ruthies shared an interesting perspective on the merger, highlighting that a lot of new dynamics are about to come into play.

The drama continues. Stay tuned to the September recap on BBNaija on Twitter. @Twitter remains your official source for what’s happening!