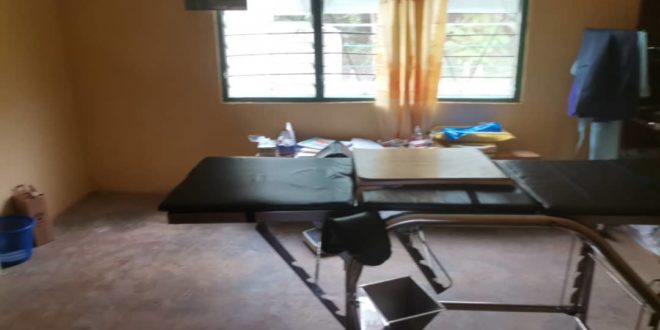 A/R: Midwives forced to use torch lights for deliveries at CHIP compounds

Over 5000 residents living in Pokuase, Amoako and Esienkyem communities in the Ahafo Ano East District in the Ashanti Region are without electricity or standby generator forcing nurses and midwives to deliver to deliver pregnant women using torch lights and lights from their mobile phones at various CHIP compounds.

Residents from the three communities who have not seen any form of electricity power since creation, said midwifes and health officials using lights from their mobile phones and torch lights as a primary source of effulgence was nothing new to them.

Some women in the area who shared their experiences with OTEC News’ Kwame Agyenim on Monday July 11, 2022, said they were always in fear when their time are due for delivery.

, “The Midwives sometimes use phones and we are forced to purchase the batteries for the flashlights if things get worse “.

” The situation has put maternal health care in the towns on the brink as women who are due delivery in the next month are apprehensive over the development” A concerned citizen said.
Assemblyman’s call for help

The Assembly member of Pokuase-Amoako Electoral Area, Hon Alfred Owusu said the communities have been connected to the national grid after government embarked on a rural electrification project in the area but they are yet to use the facility.

He explained that, Electricity Company of Ghana disconnected them from the National grid barely two weeks after given them power.

“Surprisingly our District Chief executive said the three communities can only use the electricity system after official commissioning by the government “.

“And it has taken the government more than six months to officially hand over the project to the communities; the situation is indeed causing many problems for our people”. He said

Previous VIDEO: Olu Jacobs celebrates 80th birthday in grand style
Next I meet a man today; he dumps me within a week for no reason – AJ Poundz recounts