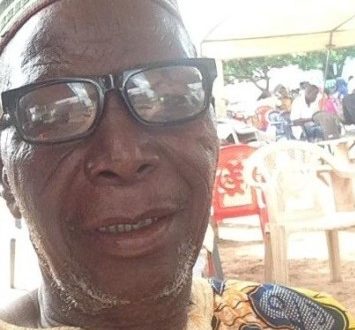 Tension is enveloping Ejura-Ashakoko, a notable Muslim Community in Ejura in the Ejura/Sekyedumase district of the Ashanti Region after a rowdy mob attacked and killed a 70-year-old man at his residence.

Angry family members of the deceased are threatening retaliatory attacks if police fail to apprehend the perpetrators of the dastardly act and bring them to book.

MyNewsGh.com understand that  Mallam Salifu Belegu was killed at his home last Friday evening by his neighbors  after being subjected to severe beatings with life-threatening objects including severally with sticks and  machetes  while preparing to break his fast.

The neighbours accused him of necromancy and being responsible for an evil spirit tormenting one of their sons.

According to them, the boy was alleged to have mentioned the deceased’s name when a spiritualist tried exorcising demons from him through beatings.

This Mallam has been referred by the townspeople as a questionable figure whose previous spiritual activities has to similar deaths in the area.

While the so-called exorcism was ongoing, the innocent  boy who could not bear the unimaginable suffering coincidentally run into the house of the deceased for rescue.

Mallam Salifu Belegu who was seated in his compound getting ready for the day’s iftar was confronted by the mob after he attempted to save the boy but when he was about questioning why they had subjected the poor boy to such a horrendous treatment, he instead became the target.

They starting brutalizing the unprovoked old man and until he fell on the cemented floor and died instantly.

His elder son was also hit with a large wooden weapon and collapsed when he attempted to stop the premeditated murder and is currently responding to treatment at the understaffed and poorly equipped Ejura Government Hospital.

Three of the killers were rounded by police, but what has triggered the raw tension is the information that some prominent leaders in the community were trying to manipulate the police and medical reports of the incident in attempt to negotiate for the perpetrators to evade justice.

The family has however warned the police would be held accountable for any consequences of a miscarriage of justice in this matter.

“Some leaders are trying to turn this case to a family matter. It can’t be possible”, Hudu Salifu, a son of the deceased spoke to MyNewsGh.com on the matter.

He continued: “what they have done is not a family matter and we cannot handle that way. You cannot come to someone’s house and beat him to death so if these boys are released, we shall revenge”

“We are northerners who have come to know law after our years of staying here in the south…so we cannot take the law into our own hands but if the police does a poor job, we should not be blamed when something happens”.