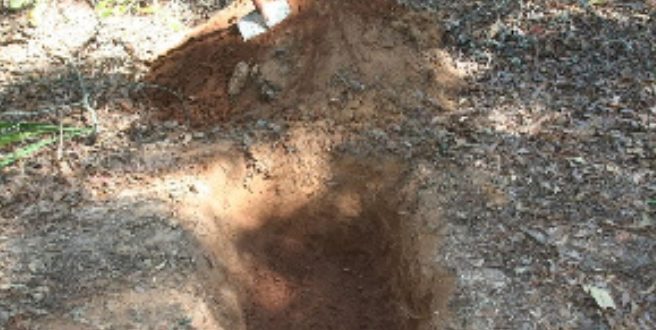 The parents and grandfather of a two-year-old are in the grips of the Elmina Police for allegedly burying the boy alive.

As reported by Myjoyonline, the 2-year-old who is said to be autistic was buried alive at the shores of the Dutch Komenda sea in an incident that has left the entire township in shock.

His 70-year-old grandfather, identified as Kwaku Baa, led the act on the grounds that the autistic baby is a spirit child.

It is said to have taken the timely intervention of the police to save the boy from dying, based on a report made by the Assemblyman of the area.

The Elmina Police Commander, Superintendent Abraham Bansah, confirming the incident noted that the action was carried out on the instructions of a spiritualist.

The spiritualist named Kwaku Ba, according to the commander, gave the instructions to the family of the two-year-old to get rid of the boy who he tagged as a spirit child.

37-year-old Abass Sualimo who is the father of the boy and 29-year-old Rahinatu Sualimu, who is the mother of the child, as well as his 70-year-old grandfather have since been arrested by the police.

“They both conspired with the grandfather, the boy’s grandfather called Kwaku Baa who is 70-years and they did that. So they have all been arrested, they are in our custody,” Superintendent Abraham Bansah stated.

The police according to the Elmina Commander are currently pursuing the spiritualist while investigation into the matter continues.