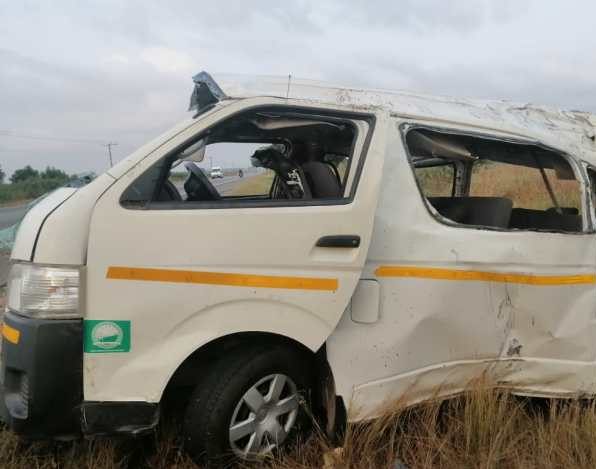 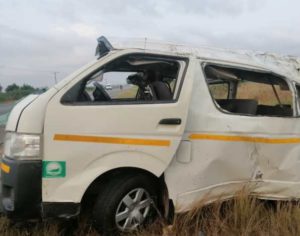 Cape Coast, 27th December 2021, Six Ayikoo Ayikoo residents have lost their lives in a Tragic accident that occurred within the Sege enclave yesterday at about 3 pm.

Information gathered indicate that, the residents of Ayikoo Ayikoo were travelling in a Toyota Hiace bus belonging to the Central Region Lands Commission with registration number GV 843 -14. They attended a funeral of a friend’s father in the Volta Region.

Speaking to the Ayikoo Ayikoo Assembly Man Mr. Lamidi Alhassan, who had visited the accident scene, he expounded that, all the dead were part of a contingent of Muslims who had gone to the Volta Region to help a brother burry his father.

He added that when they were returning from the Volta Region and their car got to Sege within the Ada District, part of the Sogakope-Accra stretch, the car burst its back tyre resulting in the accident. “Three died on the spot while the other three died later at hospital”. The three who died on the spot were with the Ghana Police when we arrived” Mr. Alhassan added.

Out of the six who perished, only Mallam Dawuda is single and not married.

According to the Assembly Man when the accident occurred, the dead and injured were all rushed to the Sege and Bator government hospitals for medical attention.

Lamidi Alhassan affectionately called ‘Big man’ whose brother was part of the deceased furthered that, since they were Muslims they shall be buried according to Islamic Tradition when the dead bodies finally arrive at Cape Coast. “Five are gallant men of Ayikoo Ayikoo and the other person who died is from Takoradi and has body had been sent there.”

“I thank the Police officers who assisted us to retrieve our dead from the hospitals. The Police acted professionally. As I speak, we’ve gotten all the bodies of the dead and they are in an ambulance heading towards Cape Coast for the necessary preparation and burial rites.”

Ayikoo Ayikoo is a predominant Muslim Community within the Cape Coast South Constituency. It lies along the Tantri and Petro Roundabout street.