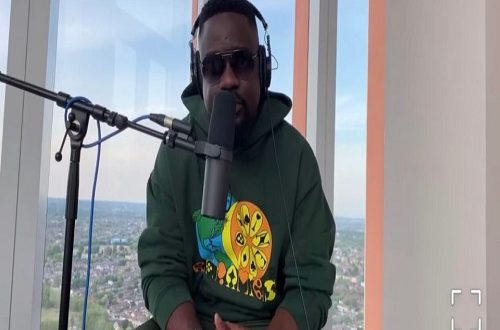 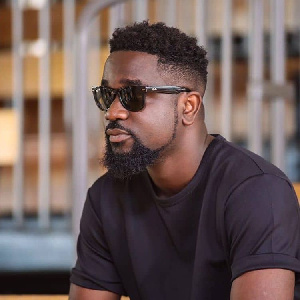 Over the past few weeks, Ghanaian rapper Sarkodie has dominated media conversation due to the release of his latest 8th studio album Jamz.

The BET award winner went on a media tour to discuss the songs on the album and reason behind some of the features. During one of such interviews with 3 Music Network, the rapper discussed a number of issues spanning from his music, the Ghanaian entertainment industry, and his current focus.

Check out our top 5 pointers we picked from the interview:

I do not plan my album:

According to Ghana’s rap “Landlord”, unlike some artists who plan to release an album, he usually comes up with his projects unplanned. For Sarkodie, his albums are composed through series of records he does without specifically thinking about putting them together as an album.

“So everybody has their own approach. We have artists who say I am about to do an album. And then they sit down and go like this is the direction. I don’t usually do that. I let myself feel free and just start recording music. By the time I realize, I think I have a project” he explained.

It is difficult for me to record outside Ghana:

Sarkodie said he does not get much inspiration to record outside Ghana. According to him, even though most of the experiences in his songs are from outside Ghana, he usually gets in his elements to record when he is back in his home country.

Doing a feature with Rihanna will be worthless at this point:

Following numerous calls for Sarkodie to feature a major international act, the Ghanaian act has explained why it is problematic to go on that tangent.

According to him, some of the international acts we wish he collaborates with are on record labels who have contractual agreements which makes it difficult to release records.

“At this point, me doing a feature with Rihanna is worth nothing. Because I will not find it easy to release it anyway,” he said.

Also, the BET Best International Flow of the year recounted the troubles of being a single artist with no major record label. According to him, it is a big task getting features and releasing them due to the high financial burdens.

“Being on your own, there is too much. I was supposed to pay 130,000$ just for one beat. In the industry, it can do as far as as half a million dollars just for production,” he noted.

Business people are yet to really understand the full potential of the creative industry:

To conclude, Sarkodie spoke about funding and investment in the Ghanaian creative industry. According to him, though he chose the path to be a full independent artist, not many upcoming acts will be able to thread same path.

Essentially, it is important for the industry to support these upcoming acts who usually have the potential but no access to funds.

“I don’t think I want all the artists coming up to do what I did. I did it because I did not have the structures then it build this Sarkodie. But we need the structures. Cos certain artists are supposed to be just artist and taken care off. They have super talent and they can be super stars but we need the funding. Business people are yet to really understand the full potential of the creative industry” he intimated.