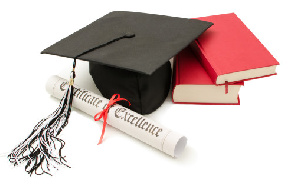 The first university degree would obviously make you excited but the truth is in the context of modern Ghana, it does not mean much and you have to accept the truth.

Admittedly, the problem is not that people do not realise university degrees do not mean as much as they did.

The problem is that not many people actually know why. Of course, this article is not to dissuade anyone from trying to get a first degree or another one for that matter.

After all, in countries such as the USA, degree holders are still seen as the most employable.

The factors that dampen the power of a first university degree are political and economic. YEN.com.gh takes you through a number of them.

1. Most jobs have now been digitised

Many of the world’s jobs are now being handled by machines. What this means is that you would need a higher educational qualification to have jobs that are becoming rare and rare.

Employers are now looking to make hiring competitive because, in reality, they want to hire fewer people.

The WASSCE job now needs a degree, and the degree job probably needs a masters.

2. The economy is not planned to give space to every aspect

A good and proper planning of the economy would make sure that most employable have space to function.

Tertiary graduates are the most employable insofar as the modern workplace is concerned.

The managers of the Ghanaian economy have failed us. Instead, people have been taught that some university programmes are more necessary than others.

3. Government being the biggest employer

In most countries of the world, the government is the biggest employer of human resource.

This means that the government has a huge wage bill to take care off.

When a government can no longer accept mor