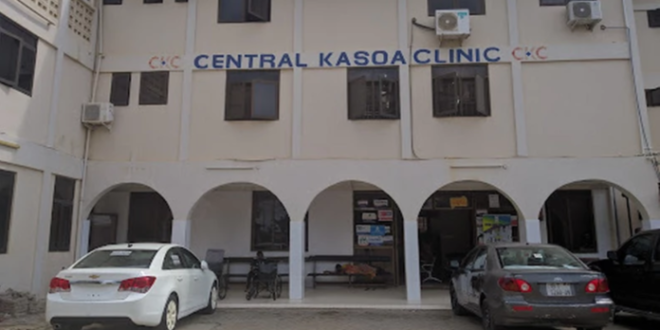 Eyewitnesses said they were scared and could not intervene as two groups of young men clashed over a woman, with three people being hospitalised after sustaining severe machete wounds.

According to angelonline, the bloody incident occurred at Kasoa Freetown in the Awutu Senya East District of the Central Region.

The incident has reportedly left three men in critical condition and they are receiving treatment at the Central Kasoa Clinic.

The news website reports that one of the victims had allegedly assaulted a young woman after an argument ensued between them.

The allegedly assaulted lady then went home to inform her boyfriend, who happens to be a Nigerian. Her lover got furious, mobilized his friends, and they stormed the scene of the incident with machetes and other weapons to attack the lady’s offender and his friends.

Inusah Abubakar, a brother to one of the victims, told the news outlet that the victim sustained severe injuries, including the chopping off of his ear.

“They were fighting and slashing themselves with sharp objects when the police arrived at the scene. When they got there, one of the guys pulled out a gun and the police arrested him,” some witnesses to the brutal clash told Angel News.

Meanwhile, Kasoa police have managed to arrest four suspects, including one who pulled out a gun upon seeing the officers.

Mohamed Kwabena Ali, the assemblyman for Joemens-Kpomotey Electoral Area, bemoaned how “criminals are terrorizing innocent Ghanaians” in the area, calling for more police visibility and the lighting up of the various streets.