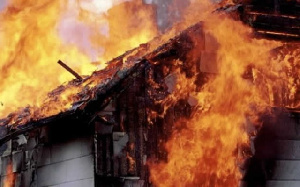 Three persons are reported dead and at least 10 houses burnt at Kandiga and Doba communities, in the Kassena-Nankana West District and Kassena-Nankana Municipality of the Upper East Region, following renewed clashes over land.

He said when the police received a distress call on Saturday dawn that some houses were in flames in the conflict communities, they alerted the Ghana National Fire Service.

DSP Agyare said normalcy had returned to the area, and people were going about their activities peacefully.

He said the Municipal Security Council (MUSEC) imposed curfew in the conflict areas since June, this year following land dispute.

DSP Agyare said “the MUSEC has been managing the situation until Sunday when a 23-year-old man was murdered on his way to his farm. The man is from Kandiga, but allied to the Doba Chief, so he was killed by people, believed to have come from Kandiga, which triggered the clash again. It subsequently turned into a conflict between some members of the Kandiga community, those who they think aligned themselves to the Doba Chief, were targeted”.

It would be recalled that in June this year, six people were reported killed and 12 houses torched after some residents from the Doba and Kantiga clashed over land intended for a police station project.

The police arrested 10persons in connection with the June violence, some guns and cartridges retrieved from suspects and they were put before court.