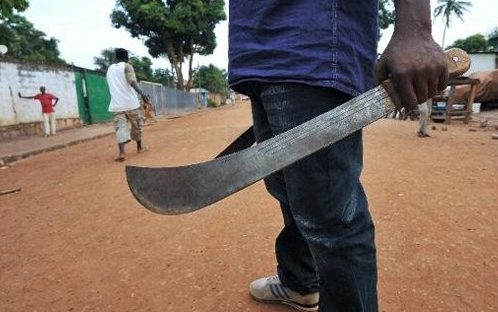 This was during a fun time at a drinking spot at Assin Nunua in the Assin South District of the Central Region.

According to reports, the suspect’s wife had an altercation with someone with the issue being resolved by the chiefs and elders of the area.

But the victim, Kwaku Amponsah, popularly known as Kwaku Bonsam, 42, queried why he [Akwasi] did not involve him in the settlement.

The suspect, who was not happy with the approach of his stepfather at the drinking spot, lost his patience and started stabbing him with scissors and cutlass.

An eyewitness, Mohamed Mustapha, narrated this in an interview with Adom News.

The victim, who was bleeding profusely, was later sent to St. Francis Xavier Hospital at Assin Fosu after the local CHPS Compound had given him first aid.