At least 27 protesters have been arrested by the Police following the chaotic scenes that marred Tuesday’s demonstration in the capital.

Reports say the chaos ensued after there was disagreement over the route to embark on resulting in the police blocking the Kwame Nkrumah interchange road with no movement from either vehicle or persons. 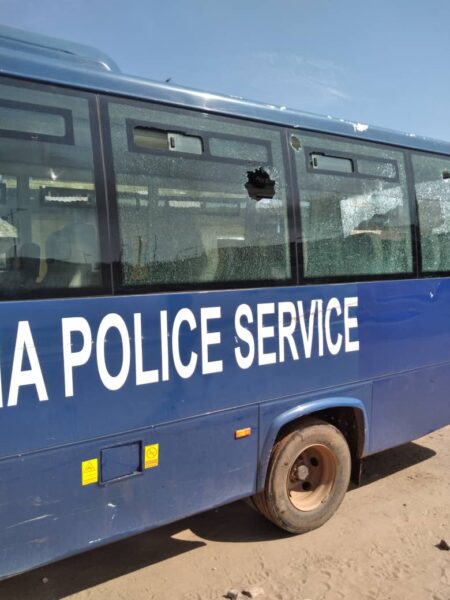 Viral pictures and videos on social media show some demonstrators pelting stones at the Police.

Among others, the group which is made up of different political parties is protesting alleged corruption in the Akufo-Addo government, persistent and astronomical hikes in fuel prices by the Akufo-Addo/Bawumia government,  the imposition of the E-Levy, grabbing of state lands by officials of government, and Covid-19 expenditures.