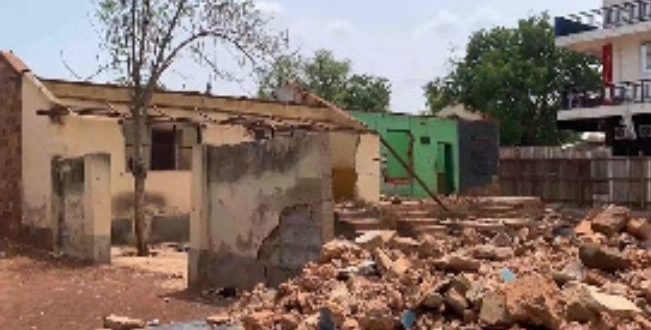 Share
Health workers in Tamale being ejected from government bungalows

Land Commission is behind sale of bungalows – Tishegu youth

Government bungalows and hostel facilities, numbering at least 25 government, allocated to the staff of the Ghana Health Service (GHS) in Tishegu, a suburb of Tamale, have allegedly been sold to private developers, Asaaseradio.com reports.

The portal alleged that the private developer has taken over the hostel facilities and has started ejecting all the health workers living in them.

According to the news portal, the northern regional directorate of the Ghana Health Service says it does not have any information on the sale of the land to the private developers.

However, the youth of the Tishegu community have alleged that Land Commission is allocating the said land to the developers.

The youth asserted that they will stop any effort by the Land Commission to sell the property to the private developer.

The northern regional police command has picked up one of the private developers for questioning.

Also, the Northern Regional Police Crime Officer, Superintendent Bernard Baba Ananga, has said that investigations have begun to look into the matter.