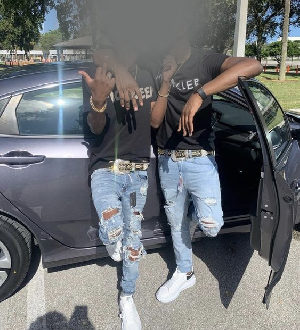 24-year-old allegedly attacked by mob for being gay 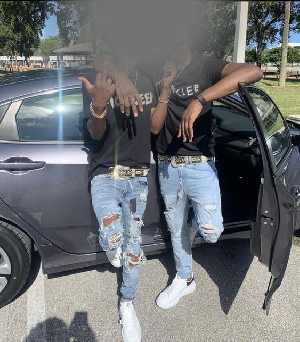 A 24-year-old man was allegedly attacked by some violent mob in Accra after his father learned that he was gay.

According to eyewitnesses, Prince was attacked when he was found with his friend Richard, who was alleged as his partner.

A few other people who had gathered in the neighbourhood upon hearing the noise started running after him, caught up with him later and started beating him up.

After sustaining severe injuries, a few older men who earlier looked on unconcerned while he was beaten with stones and sticks went to his rescue.

Prince was then rushed to a private hospital in Accra where he was admitted for days. This incident happened after Prince was poisoned when he was staying in Konongo with his family.

One of the eyewitnesses recounting the news said, “He is a cool boy in this neighbourhood. But for some time now, there are rumours he has been making sexual advances at some of the young guys in the area.”

Prince is one of many young guys who have had to run away from family and friends for being gay. For fear of their lives, they rather hide or leave the country.

“We will never allow such people to live among us. It is a taboo. It is an abomination and we shall fish them out and fight them until they stop,” said another eyewitness.

For fear of his life Prince did not return home when he was discharged from the hospital. He has since gone into hiding days after the incident occurred.

Meanwhile, the Hanson family are said to be worried about the developments.

“My brother is a good boy, he will not hurt anyone. He is very calm and has few friends. Right now, I don’t know where he is. He can’t come home because his life is in danger. I wish I can speak with him’, said Prince’s sibling, Lydia Opoku who could not hide his tears.

Physical and violent attacks on homosexuals are becoming a common theme in Ghana although gay sex remains illegal in a highly religious country.

The bill, currently being debated in parliament, is widely supported in Ghana, where President Akufo-Addo has publicly said gay marriage will never be allowed while he is in power.

Like many, Yaw’s survival hangs in a balance if he returns to the community.

Previous Witnessing how two-year-old pikin die from hunger
Next ‘RESHUFFLE YOUR MINISTERS TO BRING A CHANGE IN THEIR PERFORMANCES, MR. PRESIDENT’