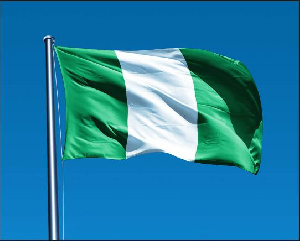 Share
The Abia State chapter of the Peoples Democratic Party (PDP),  has declared in clear term that it remained staunchly and solidily behind her presidential candidate in the forthcoming 2023 general elections in Nigeria, Alhaji Atiku Abubakar.
The latest declaration by the Abia PDP comes on the heels of the recent withdrawal by some party chieftains, as members of the Atiku Abubakar Campaign Organization.
Recall that the camp of Governor Nyesom Wike had insisted Peoples Democratic Party (PDP) national chairman, Senator Iyorchia Ayu, worked for the emergence of Atiku Abubakar.
The former vice president won the presidential ticket at the PDP primary, which was held in late May in Abuja.
After a meeting early Wednesday morning, the Wike camp said Ayu exposed himself through the comment he made after Atiku was declared the winner.
However, while making its position known in a release on Saturday, on the current infighting in former ruling party in the country, the Abia PDP reiterated that the state would give her maximum supports to Atiku in his  determination to lead Nigeria in 2023 and restore it to the path of enduring growth and development.
The press release was signed and issued to newsmen in Umuahia by Abia PDP Vice Chairman who also doubled as the acting State Publicity Secretary of the party, Hon Elder Abraham Amah.
According to the release, “the Abia PDP believes that a certain adjustment in the leadership  of our great party to accommodate the interests of southern Nigeria and create a high sense of belonging within the party is more than imperative at this moment.
“And in the spirit of justice, equity and fairplay, a southcentric adjustment in the leadership of our party would help rally the disperse interests to secure a better deal for us at the great battle of 2023.
“Our position on this matter is that a peaceful approach without resorting to this tug of war would be the most ideal in resolving the fundamental challenges that confront us”.
The Abia leadership further reaffirmed its committment to the Five over Five Policy of our party aimed at delivering the ruling party candidates at all levels of political leadership of Abia state through the presidential, gubernatorial, Senatorial and House of Representaives to the house of assembly at the just 2023 elections.
CLICK HERE TO DOWNLOAD PRESS RADIO MOBILE APP

The party called on members to remain steadfast and trust in the ability Governor Okezie Ikpeazu with his team to mobilize the necessary resources for the peaceful resolution of any challenges bedeviling the party as well as lead it to resounding victory at the forthcoming general elections.
Source: Thepressradio.com| Nigeria|Emeruwa Emeruwa
Atiku PDP 2022-09-26
admin
Share