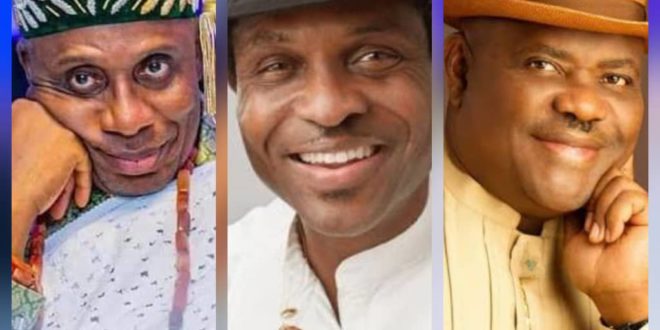 The chieftain of the All Progressive Congress and former national publicity Secretary of the new Peoples Democratic Party, Chief Eze Chukwuemeka Eze, has alleged that Governor Nyesom Wike and the PDP have laid legal an ambush on political parties, ahead of the forthcoming 2023 general election in Rivers State.

Eze who is also a close associate of the immediate past Minsiter of Transportation and former Governor of the State, Chibuike Amaechi, criticized the Rivers helmsman and the ruling party and claimed that the duo have never won any election that conforms with the tenets of participatory democracy, or reflect to the will of majority of the Rivers people.
In a release issued on Thursday, on the background of the  gubernatorial and State Houses of Assembly elections, Eze insisted that the legal ambush and witch hunt was orchestrated by Governor Wike and his party against other political parties in Rivers with a clear intention of denying them participation in the coming elections in 2023 in a bid to give their unsellable candidate a free ride to power, describing the latest antics of the Rivers governor’s as  cowardice.
He further insisted that Wike and Peoples Democratic Party are afraid of going into a free and fair contest with other candidates and parties hence they resorted to muscling the major dominant parties.
He said, “what the world should know about Rivers State politics and how Governor Nyesom Wike has retained power in Rivers state since 2015 is that there has not been any proper democratic or free electoral contest since 2015 in Rivers state to test the true relevance of Wike.
“His fear for proper and free ele toral contest has always lured him to ensure that every strong opposition to his misguided governance of the state is quashed or dismantled. He did it in 2015 and 2019 he perfected it by ensuring through the help of his stooge, Senator Magnus Abe and others that the APC is stopped from fielding candidates and contesting the 2019 general elections.
“Sadly, he has adopted similar unholy tactics to see if he can stop other Political parties from participating or contesting the 2023 general election”, the APC chieftain added.
He also regretted out that Governor Wike started manifesting his evil intention by alleging a case of misappropriation of state funds by the administration of former Governor Rotimi Chibuike Amaechi in order to stop the gubernatorial standard- bearer of the All Progressive Congress for the 2023 general elections in Rivers State, Pastor Tonye Cole, from contesting, knowing very well that in Rivers state funds was either misappropriated or misplaced as the said funds were not only captured in the 2014 budget of the state but were also duly paid into the account of the state government.
His words: “the noise over this in order to demean or destroy the credilbility of pastor Tonye Cole is a clear execrise in futility as it is the arrogance and ignorance of Governor Wike that is in trail and not Amaechi or Pastor Cole.
“As if his trail of Tonye Cole was not enough, Governor Wike has gone ahead to seek disqualification of the Governorship candidate of the Social Democratic Party (SDP) and Accord Party(AP).
Eze commended Rivers electorates for their resolve to change the narrative by deploying their PVCs to end an era of gross maladministration, administrative incompetence, thievery and acute laziness.
Source: Thepressradio.com|Nigeria|Chijindu Emeruwa
Eze Wike 2022-08-07
admin
Share