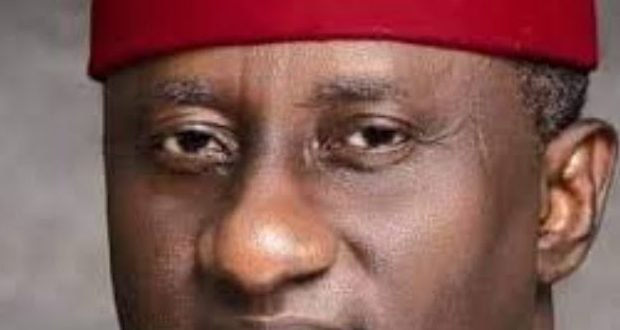 2023 Guber: A copy of court judgement made available to leadership

Share
The leadership of the All Progressives Congress, has chided the Abia factional governorship candidate of the party, Mr Ikechi Emenike over a misinformation about the position of the law of the land pertaining to the current legal tussle over the outcome of the concluded gubernatorial primaries held in the state in late May.
This comes barely after an Abuja high court which sacked as the APC gubernatorial candidate in Abia state for the next year general elections by the Independent National Electoral Commission.
Recall that a federal high court presided by Justice Binta Murtala-Nyako in Abuja, had in November 11 2022, while delivering her judgement held among other grounds, “that the indirect primary election which produced Emenike was in total disobedience to a letter forwarded by the national leadership of the All Progressives Congress to INEC that it would adopt a direct mode primary election in the state.
She also held it was alien how APC notified INEC of its decision to adopt the direct primary mode in the state and abandoned it by according recognition to a candidate, Emenike who emerged from a purported indirect primary, saying such is invalid.
The high court judge further held the direct primary election of May 26th and 27th May 2022, which produced Ogah, a former Minister of State for Mines and Steel Development was the only valid governorship primary election conducted by APC in Abia and monitored by the Independent National Electoral Commission, report of which was endorsed by the Resident Electoral Commissioner in charge of Abia State.
On 30 November 2022, online reports had surfaced in many online news mediums purporting a verdict of an Owerri appeallate court returning the party factional leader Mr Ikechi Emenike as gubernatorial candidate in the state.
However, while clarifying on the current legal tussle over outcome of the conducted governorship primaries by the party in Abia, which contained in a statement  by the State Assistant publicity secretary of the APC, Hon Chief Offor Okorie, made available to newsmen in Umuahia, the state capital on Friday, disclosed that the party had taken time to review all the judgements with its sound practising legal team concerning the lawsuits from the concluded APC primary election in  candidates and courts, and observed the recent higj court verdict which affirmed Dr Uche Ogah as the APC main Gubernatorial candidate in Abia state for the March 2023 election maintains the power to entertain every pre-election matters, and passed all test in every court of competent jurisdiction.
The State APC chapter reaffirmed that it Gubernatorial candidate in Abia state is sound, marketable, and stood tall among the equal to mount the saddle of the Abia leadership having demonstrated capacities, competence and expertises to address numerous of the critical challenges impeding human abd economic growrhs, and Infrastructural development in Abia state
According to the party, “as much as we look forward to court of appeal judgement and maybe subsequent supreme court judgement, i do not see anybody controverting the written submission of INEC neither the official directive of the party in writing on the mode of Abia primaries.
“I therefore make bold to say the court judgement available to us, Dr Uche Ogah is and remains the Governorship candidate of the APC in Abia for the 2023 general elections in the country”.
The state leadership urged all loyal party men to ignore all the usual antics of the factional party leader, Ikechi Emenike, and few members of his splinter group purporting about non-existent judgement by Owerri appeallate court restoring him as the party’s governorship standard-bearer in Abia state for the main elections next year.
His words: “I therefore urge all faithful party men to ignore and disregard all the usual antics of Ikechi Emenike and his faction hatched to deceive the general public, just to remain relevant as he has always be a serial loser and will continue to lose”.
The party leadership harped on the important needs for major party leaders, stakeholders and teeming members across Abia state to unite so as to secure victory and majority of elective  political seats for the All Progressives Congress in the forthcoming election.
Words: “We should unify and remain one APC in Abia. This unity will be to the good of all. Thank you all and remain resolute. Dr. Uche Ogah is the answer”.
Source: Thepressradio.com| Nigeria| Emeruwa Emeruwa
Guber Leadership 2022-12-04
admin
Share