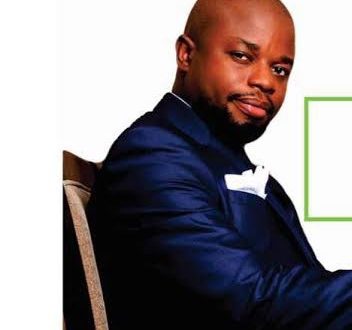 An All Progressive Congress chieftain from the Southeast Nigeria, Engr Chinedu Onyeizu, has announced his resignation of the membership of the APC in Abia state, and cited internal crisis ravaging the state leadership of the party.

Onyeizu, who was an 2019 aspirant for the seat Abia South Senatorial district of the State on the platform of the APC, made this known in a statement issued in Umuahia on Friday, also joined the Labour Party (LP) to pursue his political ambitions, and declared total support to the gubernatorial bid of Dr Alex Chioma Otti, ahead of the general election in 2023 in Abia State.

He further noted that the party has failed to play its democratic role to serve as vehicle to leverage in bringing about the needed change we seek for the good of Nigeria, regretting also that the youths of the country being schemed out again in determining their future and unborn generations.

He said, “you will all agree with me that the outcome of the recently concluded national convention of the APC leaves little or no hope for the masses of Nigerians going forward. Our fears have been underlined by the outcome of the event. Nigerians youths have once again  being schemed out in deciding their future.

“As i returned back from the APC national convention, there has been significant pressure by our supporters and followers for us to join hands with the presidential candidate of Labour Party, His Excellency, Mr Peter Obi and the Abia State Governorship Standard bearer, Dr Alex Otti, in the coming 2023 elections respectively to actualize our dream of effecting an enduring and rewarding change in our country.

He also reiterated that his aims in joining politics have not changed from serving the people at different capacities, constructively challenging the status quo and ensuring that the people’s desire for a better life is actualized.

“We must see ourselves as change agents and leaders at all level. We must collectively feel the same burden of betrayal and neglect by those we have elected to positions of authority and move in groups to take back our state and country its too late.

“I have given a serious thought to the call to join Labour Party in the capacity of Abia south Senatorial nominee and i consider it a great honour and priviledge to announce to you  today that i have decided to honour the invitation of going over to LP to continue with the struggle”.

According to him, “I had the singular honor of hosting the next Governor of Abia State Dr. Alex Otti at my residence in Lagos and we held fruitful talks on how to move Abia and Nigeria forward.

“Consequently, I have directed my team to re-open our campaign office at No 44 Pound road, Aba as Nwa Aba! to kick-start registration of volunteers for our door to door awareness programs and campaigns”.

Onyeizu further expressed deep gratitude to the youths, men and women, including party members and non party members who swore with their lives to defend his votes at Park road, Aba during the 2018 APC primaries election, and also saluted them for support, committment dedication and courage throughout sojourn to the All Progressive Congress.

“Let me use this opportunity to express my profound gratitude to you all for your belief, committment and faith in this struggle for a new re-birth for Nigeria”, he concluded.

Previous This Week On #TwitterGhana: Tems wins big at the BET Awards, French Ambassador congratulates KiDi and many more
Next 2023 Abia Guber: Trouble for Ikonne as co-contestant, Erugo drags PDP, INEC to court over zonin