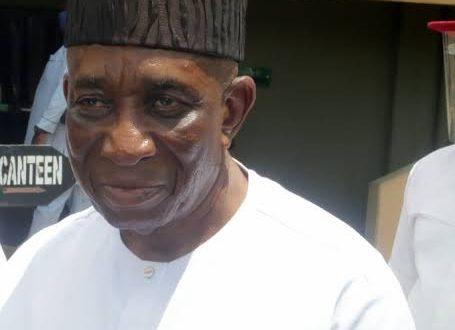 Share
The chairman of the Reconciliation Committee of the Abia State chapter of the All Progressive Congress(APC), and former member of the National Assembly, Senator Chris Adighije, has harped on cooperation and support of all loyal party members and lovers of democracy with the committee in order to achieve lasting end to the persisting internal crisis bedeviling the party.
This comes on the background of his recent appointment to chair a reconciliation committee saddled to broker peace among warring factions in Abia state chapter of the APC, and followed by outcome of the recently-held parallel gubernatorial primary elections conducted by the party, wherein two candidates emerged and laid claims on victory for the 2023 Abia governorship seat ticket of the party.
It was gathered that the concluded APC parallel primaries in Abia state, saw the emergence of the immediate past minister of state for mines and steel development, Dr Uche Sampson Ogah, as Abia APC governorship candidate, while the other of the same execrise elected, former Secretary, sub-committee on Strategy, Contact and Mobilization during the concluded 2022 APC national convention held in Abuja, Chief Ikechi Emenike.
The outcome of the parallel primaries conducted and oversaw by the All Progressive Congress is now a subject of litigations in courts.
However, Senator Adighije, while addressing mammoth crowds of party faithfuls who were on ground to receive the APC governorship candidate, Chief Ikechi Emenike and his entourage at his country home Okwu Olokoro residence in Umuahia south local government area of Abia state, during the weekend, advised on the importance of the reconciliation move, and also reminded the party members, that a house divided by itself cannot stand hence all leaders and members of APC in Abia state must come together and go into the upcoming 2023 general elections in the state, as a united family, to win elections at all levels of political leadership seats across the 184 electoral wards of the seventeen local government  in Abia state.
He reiterated that he is also committed in deepening the present democracy in the country as a whole, through sound policy-making and implementation that would, in turn, foster improvement in our economy, infrastructure, and other critical aspect of the nation’s livelihoods.
The Abia eder statesman who turned 77 this year, assured that the reconciliation committee set up by the leadership of the party in Abia state, and chaired by him, would do its best, and put in immense efforts towards ensuring all warring factions come together as one family, and work collectively  to ensure the APC form the next government in the state.
Adighije stated partly,  “i received a letter from party Secretary to the effect on my appointment to chair a reconciliation committee of the Abia APC, and i will want to assure you that the commmittee will do its best to bring all aggrieved members together. Because,  a house divided by itself cannot stand. So, if we must win this elections, we must all agree and unite together”.
“Nobody will be left out in this process, every warring factions and aggreived members shall be included and allowed to vent his or her grievances towards achieving deserved peace in our party now we are going into the 2023 elections. We must not continue to be opposition party, and tasks falls on every party members to mend fences for us to achieve success in the elections,”he said.
CLICK HERE TO DOWNLOAD PRESS RADIO MOBILE APP

Senator Adighije, who was also an ex-RMAFC federal commissioner, used the medium to commend the APC gubernatorial candidate, Chief Ikechi Emenike for the visit, and asserted that today’s event has put doubts to several negative notions about the latter’s characters and style of politics, and further reaffirmed his membership of the All Progressive Congress, as he reassured that he would remain in the party, and continues to profer  ideas and step up genuine efforts of all loyal party members across Abia and beyond, towards actualizing victory for the party and form next government so as to address core yearnings of the Abia people.
Source: Thepressradio.com|Nigeria|Chijindu Emeruwa
APC 2022-07-26
admin
Share