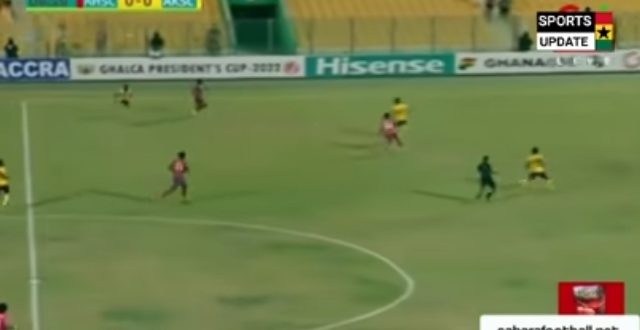 Hearts of Oak have won the 2022 President’s Cup after beating Asante Kotoko 2-1 at the Accra Sports Stadium on Friday evening.

Substitute attacker Patrick Razak was the hero as he scored a late winner for the Phobians to win the trophy for the fifth time.

The game looked set to end in a stalemate after Samuel Boateng cancelled out Daniel Afriyie Barnieh’s early strike in the second half.

But Razak finished off a brilliant counter as he went round goalkeeper Danland Ibrahim before calmly slotting the ball into an empty net to send Hearts of Oak fans into raptures.

Friday’s meeting was the second between the two giants in the space of 12 days. The first, a Ghana Premier League clash, ended 0-0.

This one, organised by the Ghana League Clubs Association, was played in honour of sitting President Nana Akufo-Addo and he graced the occasion.