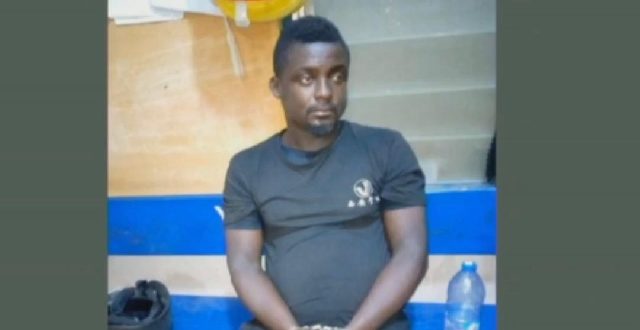 The man who snatched a ballot box in the Sene West constituency in the Bono East Region on Election Day, 7 December 2020, has been convicted by a court.

Thirty-nine-year-old Christian Nukpeta is to spend three months in jail.

He has also been banned from registering and voting in any election in Ghana for five years.

In addition to the custodial sentence and ban, he is to pay a fine of GHS3,600.

Should he default, he will spend an additional six months in jail.

The sentence was handed down when he appeared before the Techiman Circuit Court, presided over by Justice Alexander Graham on Friday, 11 December 2020.

Mr Nukpeta, a resident of Tato Bator, pleaded guilty to the charge and told the court he did not know why he snatched the ballot box.

The court was told that he snatched a parliamentary ballot box at one of the polling stations in the area when the counting process was ongoing.

Security personnel at the scene pursued and arrested him.

The box had the seal of the governing New Patriotic Party’s candidate removed.

How EC will enforce the ban

The Director of Elections at the Electoral Commission (EC), Dr Serebour Quaicoe said on Accra-based Joy FM’s newsfile programme on Saturday, 12 December 2020, that the convict will be “quarantined” in the EC’s system.

Dr Quaicoe said he would have preferred a harsher custodial sentence to serve as a deterrent to others.

The Sene West parliamentary results in the Bono East Region are currently outstanding due to a court injunction.

The EC cannot declare the results until the court has determined the case before it.

The outstanding Sene West seat was contested by three candidates in Monday’s election.

Previous [VIDEO]: My dad lost hope, vowed not to invest even GH¢1 in me – Kuami Eugene
Next Declare yourself president and form a parallel gov’t – Inusah Fuseini advises Mahama