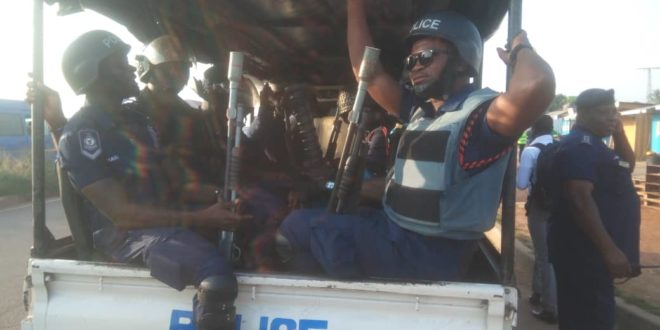 About 20 members of the  Homeland Study Group Foundation  have been arrested by the Police in Ho.

There were arrested on suspicion that they still plan to declare their so called independence on Thursday despite arrest of their leaders.

A member of the group Forster Agbormenya told Starr News Wednesday that their members who have been picked up have been sent to the Volta regional Police command.

Eight of the leaders who were arrested on Sunday are to face court today.

A police statement on the arrest said: “Activities of the group also include illegally recruiting and training young people in a “militia style” for them to form the core of their supposed country’s armed forces and police force.”

“Police Administration assures the public that any person who is found culpable of wrongdoing would be dealt with according to law and is therefore urging the public to volunteer information on the group, its leaders and members to police. Persons with information may report to the nearest Police Station or call toll free on 191 or 18555,” the statement added.

In July 2017, the leadership of the group was arrested for allegedly inciting people to push for the independence of the Volta region so it becomes a country on its own. They were released on bail.