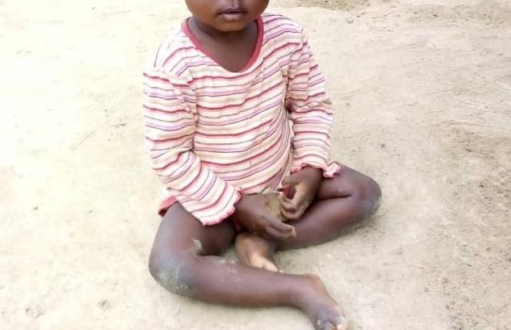 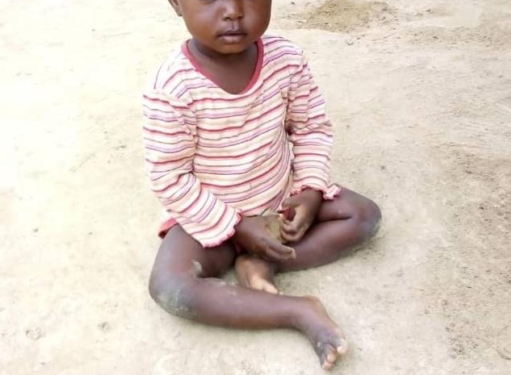 Two-year-old Ama Kruwa has gone missing after going for a play date on Thursday afternoon.

An aunt of the girl, Abena Adowa, reported the incident to the Asankragua Police Command at Amenfi West District of the Western Region after steps to locate her proved futile.

According to her, Ama Kruwa left with some other children to go and play in a nearby house after eating.

After completing her chores at 4:pm, she decided to go for the two-year-old to have dinner but was told Ama Kruwa had left, saying she was returning home.

“I was with her during the day. She was asleep till 2:pm where after, I gave her lunch. After eating, the children said they were going to play. So I went back to the kitchen to finish my chores.

“So when I finished cooking, I went to call her but the woman whose house they went to told me there were two boys playing when she arrived. So I asked one of the boys and he said Kruwa told them she was returning home.

“But he said he saw her and another child playing under the orange tree,” she narrated.

She noted that family relatives have since searched for her but to no avail.

Speaking to Adom News’ correspondent, Boah Augustine, she feared that young Kruwa may have been abducted to be used for rituals.

Adding that the two-year-old is unable to travel far distance because of a leg disability.

She is, therefore, pleading with the general public to provide the police with information about her whereabouts.

Previous Akufo-Addo freezes salary increment for himself and all appointees of the Executive
Next VIDEO: Agradaa Returns 3 gods To Togbe Akakpo