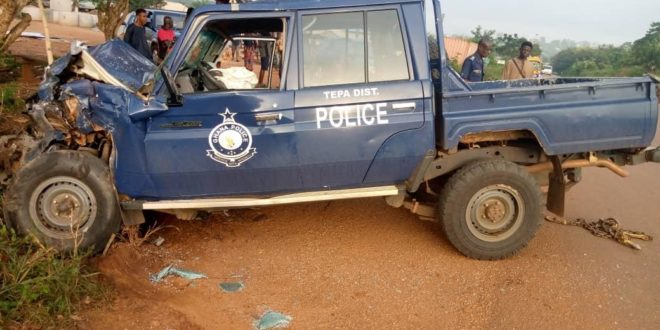 2 policemen injured after Kia truck crashes with a service vehicle

Two policemen have suffered various degrees of injuries after the double-cabin landcruiser pick-up they were traveling with was involved in an accident in the Ahafo Region of Ghana.

Reports say the service vehicle which was from Akyirensua direction of the road but was suddenly was run into by a KIA Rhino vehicle leaving the occupants who were Police Personnel with several degrees of injuries.

Meanwhile, driver of the KIA Rhino truck Samuel Boateng is in Police custody assiting with investigations.