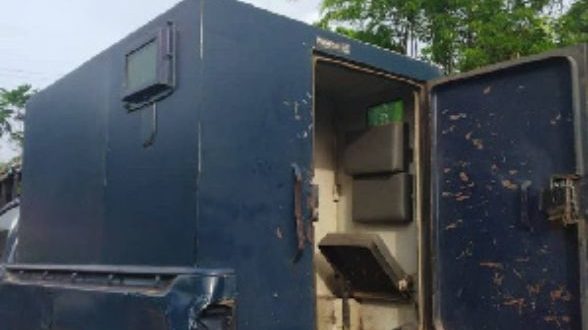 The Ghana Police Service have made a revealing breakthrough into a number of investigations it has been conducting into attacks on bullion vans in the last few months.

The police have disclosed that two of its men were involved in the four attacks.

In a statement issued by the Director of Public Affairs of the Service, Supt. Alexander Kwaku Obeng, the discovery came about following preliminary investigations into some four bullion van attacks.

It however did not name the policemen involved as the investigation is still ongoing.

“The Ghana Police Service, after several months of painstaking intelligence-led operations at the highest level, has made a major breakthrough in the investigations into multiple Bullion Van Robberies recorded in the Greater Accra area.

“These are Kingsway, in February 2021; Baatsona (Spintex), in March 2021; Jamestown (Adademkpo), in June 2021; and an attempted robbery at North Kaneshie (Industrial Area) in February 2022,” the statement said in part.

The statement further gave assurances to the public that all the suspects will be made to face the music in due course.

“Preliminary investigations have established the involvement of two policemen among a number of other suspects. The investigations are continuing and we expect to soon bring all culpable people to face justice,” it added. 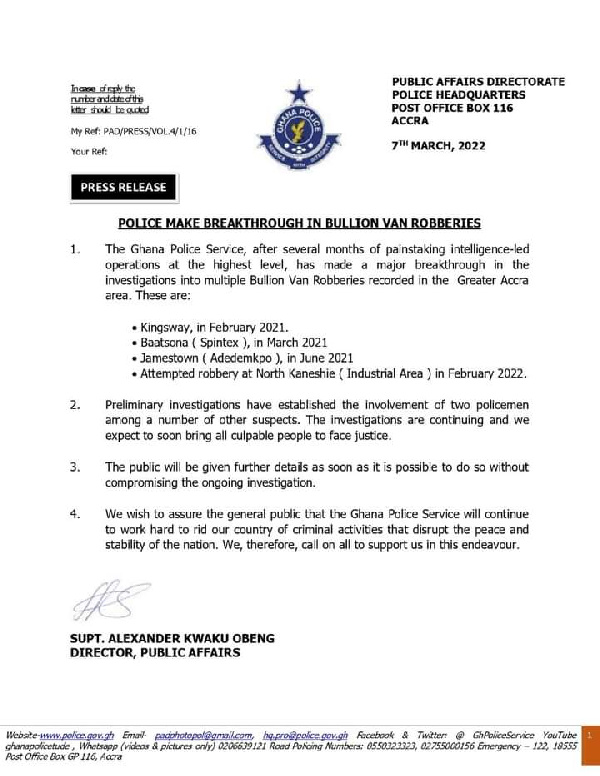