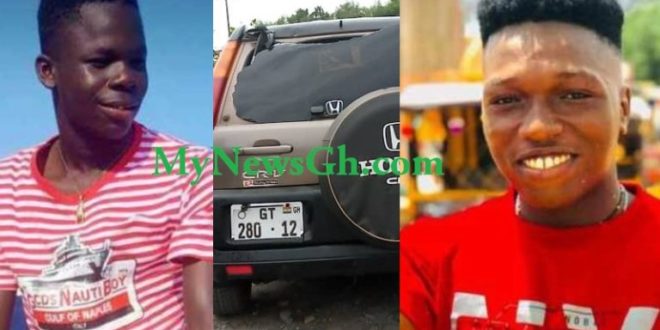 Two persons have been confirmed dead while several persons are nursing varying degrees of injuries after self-styled National Security Operatives clashed with residents of Doryu near Dodowa in the Dangme West District of the Greater Accra Region.

MyNewsGh.com confirmed that the supposed armed operatives had gone to the community in a  Honda CRV with Registration number GT 280-12 stop residents from taking toll from a quarry company operating in the area.

They were reported to be chasing the town folks from the site using stun guns, canisters and other offensive weapons on those who resisted their actions.

The youth in the town heard of their presence, mobilized themselves and confronted the national security who were very well armed amidst the throwing of missiles.

In the process, a truck loaded with quarry chippings out of panic run into the youth killing two instantly which aggravated the anger of the youth who fought back and overpowered the so-called national security.

Video available to MyNewsGh.com revealed that the incensed residents disarmed about 5 operatives, subjected them to severe beatings before handing them over to the Tema Regional Police Command who confirmed the same to this portal.

Bodies of the two have been deposited at the Shai Osudoku District Hospital in Dodowa while the injured have been taken to St. Joseph hospital in Koforidua.

Previous VIDEO: How Gay Man Proposes To His Partner At A Restaurant
Next Republicans narrow Democrats’ path to Senate majority by keeping key GOP seats