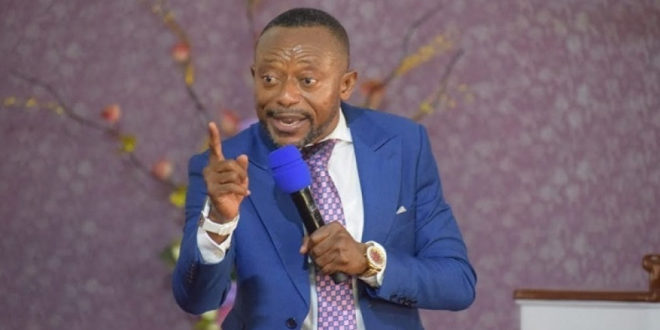 Controversial man of God, Reverend Owusu Bempah has said two amongst the many Muslim youths who attacked and vandalised his church have died mysteriously.

This prophecy did not go down well with some angry Muslim youths where they took the law into their own hands and vandalised Reverend Owusu Bempah’s church.

The man of God has revealed that most of them have come to apologise through one of his best friends after the two died mysteriously.

Reverend Owusu Bempah on his prophecy that the Chief Imam was going to die, asked why Ghanaians aren’t asking about the sudden death of two Deputy Chief Imams?

Apparently, Reverend Owusu Bempah wants to say that the two Deputy Chief Imams died in place of the Chief Imam.