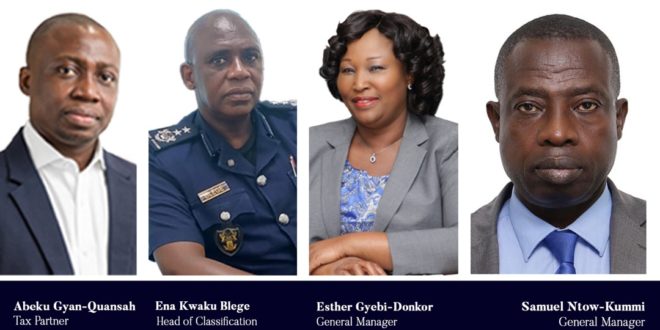 During the webinar, which tackled the issue of perceived high import tariffs and port handling charges, Mr. Blege intimated that his outfit is not responsible for import duty rates in Ghana, neither has the government independently controlled the creation of import duties since 2015.

The rates, according to him, have been set by ECOWAS since 2012.

“The Heads of States within the sub-region came together and signed a protocol for the creation of a customs union that would have the mandate of administering a common import duty regime, to be otherwise know as the ECOWAS Common External Tariff (CET)”.

The CET was to serve as the principal instrument for harmonising ECOWAS member states and strengthening their common markets. “The same import duties, quotas and
preferences are applicable to all goods entering the West Africa region…all import duty rates are subsequently imposed from Abuja, the seat of the ECOWAS Commission”.

The Ghana government implemented the CET in 2015, and has been able to create, amend and adjust tariff rates by up to 3% as and when it deems it necessary, due to a special
dispensation known as the Import Adjustment Tax (IAT).

Through the IAT (which is still in force even thought it was scheduled to end in 2017), government has been able to review downwards, about 130 tariff rates. While other rates have been reviewed upwards, Mr. Blege maintained that “the review as implemented by government under the IAT has mostly been on the lower side”.

Mrs. Esther Gyebi- Donkor shared that the GPHA has, over the years, “done a lot to improve clearance processes, in a bid to make the ports more efficient as well as reduce
cost of doing business at the ports.”

Their efforts include the introduction of terminal operating systems, vehicle appointment systems, E-gate systems, E-payment systems, mobile apps to facilitate payment for traders, and a TV programme, “The Eye on Ports”, to sensitise and educate the public on port activities and policies.

These, altogether, contribute to the perceived high charges.

“These other charges are not directly controlled by the GPHA”.

The GPHA controls only the port tariff, as mandated by GPHA Law 1986 (PNDC Law 160), and is set in consultation with key stakeholders.

Mrs. Gyebi-Donkor admitted that there is some congestion at the ports, which lead to delays.

However, the congestion is caused by shippers/importers who struggle with permits/exemptions and financial challenges. The prolonged delays further result in the accrual of additional charges that are avoidable.

Mr. Ntow-Kummi concurred with Mrs. Gyebi-Donkor and added that “port costs affect a country’s competitiveness for trade and even in attracting foreign direct investment.” To control port costs, he urged importers to ensure they clear their cargo within the 7-day rent-free window so as to avoid paying additional charges.

The panel discussed a number of related issues, such as the payment of import duties on goods emerging from free zone enclaves in the country, determination of tax tariffs,
customs penalties, and goods classification. Mr. Blege also urged traders to comply with the required documentation/honest description of goods to ease challenges associated
with import duties.

The UK-Ghana Chamber of Commerce (UKGCC) was established in 2016 to promote bilateral trade between the UK and Ghana. It is the leading UK business support organisation in Ghana.

The UKGCC provides exceptional support for its members through the sharing of knowledge and ideas, creating platforms for building stronger networks and providing linkages with Government and its agencies. One of its key foci is to see Ghana become a significant economic partner for the UK as an export market, import source, investment destination and vice versa. It exists to further the business interests of its members across both countries and create more business opportunities.

The Chamber is backed by the British and Ghana Governments through the UK-Ghana Business Council and the British Chambers of Commerce in the UK.