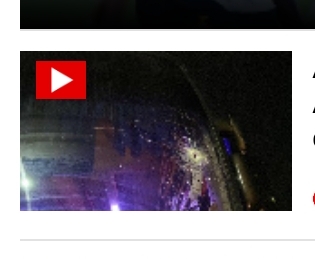 Ghana Premier League giants Ashantigold have suffered an armed robbery attack on the Accra-Obuasi Road after their game against Hearts of Oak on Sunday, March 20, 2022.

The Miners were in the capital city over the weekend to play Ghana Premier League defending champions, Accra Hearts of Oak at the Accra Sports Stadium on matchday 21.

Returning to their base in Obuasi after Daniel Afriyie Barnieh two goals ensured that they lost the game 2-1, Ashantigold suffered another bad news as they had to run for their lives on the Assin Endwa road.

The robbers aimed and shot at the windscreen in a bid to stop and rob the bus of some valuables but the driver was able to meander his way through the of gunshots.

“We got attacked by armed robbers on our way back from Accra at Assin Endwa. The robbers shot three bullets at the front bulletproof glass as the team driver meandered his way through a terrible scene of gunshots,”

‘Thankfully, no individual sustained any injuries. The entire team is currently safe in Obuasi,” Ashantigold reported on their Twitter page.

Also watch the highlights of Hearts of Oak’s 2-0 win over Ashantigold in the post below: