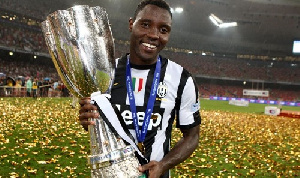 Ghanaian midfielder Kwadwo Asamoah who has officially closed the chapter to his playing was one of the very few accomplished footballers to have come from Ghana.

Asamoah’s retirement from football came as a surprise to many after his agent Federico Pastorello announced that the former Black Stars player has hanged his boots at age 33.

The midfielder who spent most of his career in Italy playing for Juventus, Udinese, Inter and Cagliari was a versatile player who could play as a left back, central midfielder, winger, and playmaker.

During his days as a professional, Asamoah won many accolades and as such played at the highest level in his career gracing the World Cup stage as well as Europe’s elite competition, the UEFA Champions League.

Despite having some great achievements Kwadwo Asamoah also encountered some low moments in his career which all add up to his records.

Here are 10 records of Kwadwo Asamoah as he retires from football:

1. Kwadwo Asamoah holds the record as the only African player with the most appearances of 250 in the Italian Serie A after playing for Udinese, Juventus, Inter Milan and Cagliari.

2. Kwadwo Asamoah was part of Juventus squad that won the Italian Serie A 6 consecutive times starting from the 2012-13 season to the 2017-18 season.

3. The ex-Liberty Professionals player won a total of 12 trophies during his stellar career which includes 6 Serie A titles, 4 Coppa Italia and 3 Supercoppa Italiana titles. 4. The ex-player who played with the likes of Andre Pirlo, Gigi Buffon and Giorgio Chiellini reached the finals of the UEFA Champions League twice with Juventus as they lost the 2014 edition to Barcelona and lost the 2016 edition to Real Madrid.

5. After joining Inter Milan from Juve, the Ghanaian played a key role in his side’s campaign as they reached the finals of the UEFA Europa League where they lost to Spanish side Sevilla in the final. 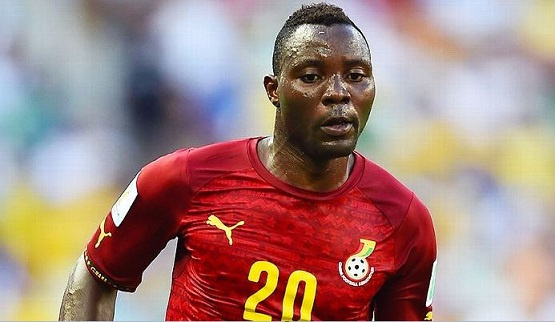 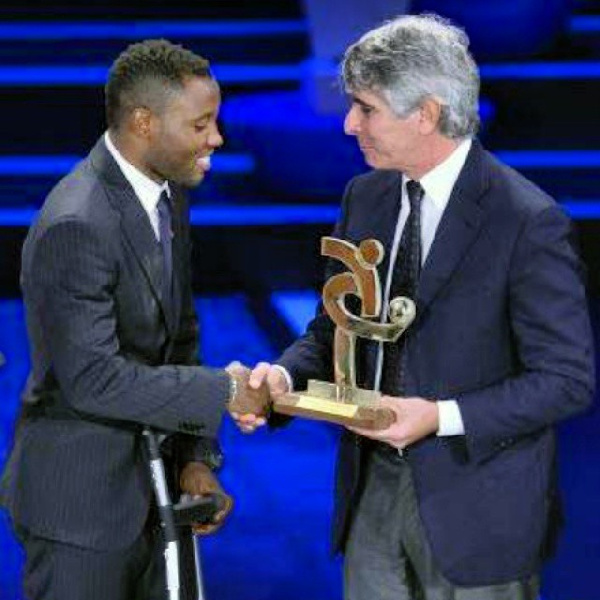 8. Following a good season at club and international level, Asamoah was voted as Ghana’s SWAG player of the Year two consecutive times in 2012 and 2013.

9. Kwadwo Asamoah made his Black Stars debut at the age of 20 at the 2008 AFCON under coach Claude Le Roy and went on to make 74 appearances for Ghana scoring 4 goals.

10. The player who has hanged his boots to become a football agent played at two FIFA World Cup tournaments in 2010 and 2014. 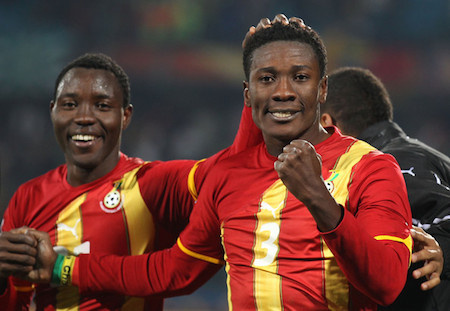