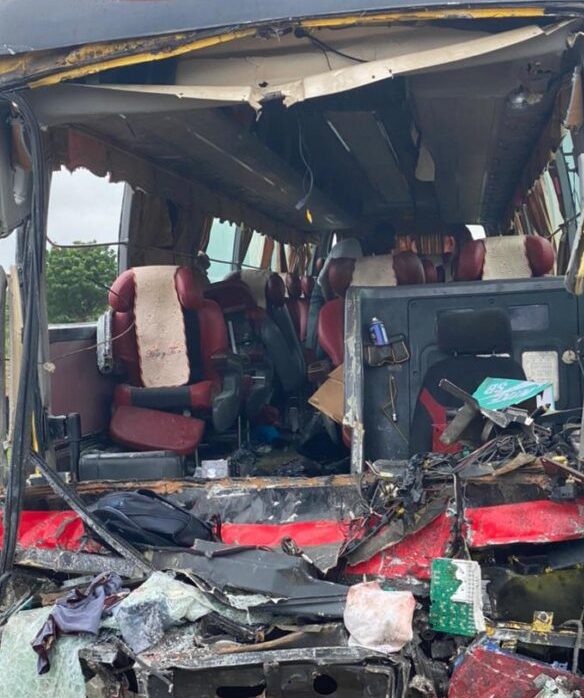 Ten people including a seven-month-old pregnant woman have been confirmed dead after two buses collided at Gomoa Mampong in the Gomoa West District on the Kasoa – Winneba Highway in the Central Region.

Reports indicate that 15 people have also sustained injuries and have been rushed to a nearby hospital for treatment.

One of the passengers who survived Emmanuel Quaicoo revealed that both drivers were overtaking and in the process collided at Mampong.

The accident occurred Sunday morning around 3:55 am. The bodies are yet to be identified.

The Municipal Fire Commander D01 Henry Asiedu confirmed that 10 people made up of six men and four females died on the spot.