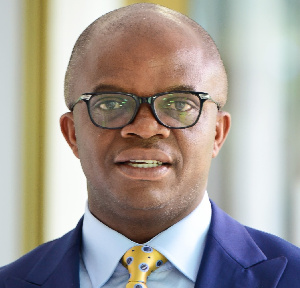 The MASLOC Chief Executive Officer who is the star witness in the ongoing case against his predecessor Sedina Tamakloe Attionu, told an Accra High Court during cross examination that his outfit paid GH¢1,114,000 to Baffour Awuah & Associates on EOCO’s request.

This was after lawyer Agbesi Dzakpasu pointed out to the MASLOC CEO that the audit firm in question was not engaged through the proper procurement processes.

The MASLOC Boss stuck to this defence even after admitting that the invoices for the payment were issued in the name of his outfit and not EOCO.

Lawyer Agbesi Dzakpasu who is representing Mrs. Sedina Tamakloe Attionu, had produced the invoices covering the payment of GH¢1,114,000 to Baffour Awuah & Associates and suggested that the invoice bore MASLOC’s name because the center engaged the firm contrary to the claim that it was EOCO’s decision.

The MASLOC Boss admitted that the firm would only issue the invoices to a client but insisted EOCO made the decision to contract Baffour Awuah & Associates.

According to him, the audit firm was basically handed them by EOCO, which was investigating the allegations against his predecessor, and his outfit’s role was to facilitate their work and pay them.

The MASLOC CEO admitted that his outfit did not follow proper procurement procedures in recruiting the audit firm.

When questioned on whether he should be held accountable for any procurement breach in engaging the firm, Steven Amoah gave a “Yes/No” answer that left everyone in the court confused.

Lawyer Dzakpasu also questioned the purpose for the recruitment of the audit firm at such cost to investigate whether the former MASLOC CEO’s administration actually oversaw the expenditure of 2 million cedis on sensitization.

According to the lawyer, it was already on record that Obaantapa Microfinance had not paid the GH?500,000 loan whiles the expenditure of GH¢93,412 on the PINCO project was also already captured in MASLOC’s books.

He also questioned what the audit firm was supposed to establish by auditing the contract for the supply of 350 vehicles when no monies had been advanced by Mrs. Tamakloe Attionu’s administration.

Steven Amoah in defence of the work of the audit firm said Baffour Awuah and associates was brought on board to verify what he said were preliminary issues whiles conducting a value for money audit on the contract to procure the vehicles even though he admitted no monies had been paid in the case of the vehicles.