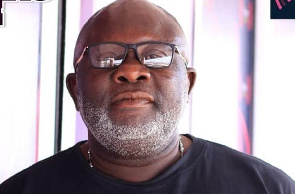 A terrified Former Municipal Chief Executive (MCE) for Ejisu Juaben has given a full account of how armed police stormed his house to arrest him on Tuesday in relation to the shooting incident at the Regional Headquarters of National Democratic Congress (NDC).

Mr. Yamoah Ponko said the appearance of the police in his house scared him to the core because they were well armed on two police branded vehicles but appeared civil and polite in their dealings with claims they had gathered some intelligence I was stockpiling arms.

“They told me that they had received information I was stockpiling arms and that their superior had asked them to come and conduct a search in order to verify or otherwise the information they got”, he disclosed on Kumasi-based Pure Fm monitored by MyNewsGh.com

He said he was traumatized and astonished on the night of the shooting incident at the party’s headquarters wondering what could have triggered a misunderstanding between two party youth that led to the shooting to death of one person and the injuring of another.

According to him, the police after the search realized they had been misled by a bogus informant because there was nothing like weapons found in his house and other areas within as they had been told.

Mr Yamoah Ponko added that they asked he escorts them to the police station on the orders of their commander who was waiting to interrogate him.

“They were very polite and professional. This was another set of officers not the ones who escorted me to my house on the day of the shooting incident”, he revealed.

He has since been granted police recognizance bail.