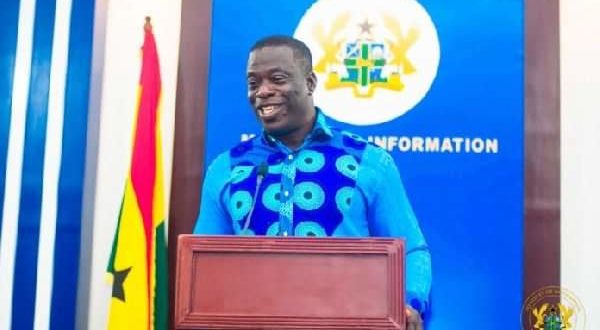 Supermaritime Ghana Limited located in Tema Community 1 under the umbrella body of Maritime and Dockworkers Union (MDU) of the Ghana Trades Union Congress (GTUC) has been dragged to an Accra High Court by a worker of the company, Nana Kofi Anaafi.

This follows what Nana Kofi Anaafi, who is the plaintiff in the case with suit no: 11/006/2022 between him and Supermaritime Ghana Ltd., the defendant, has described as the wrongly and unlawfully termination of his appointment by the company.

The plaintiff/applicant contends that to the best of his knowledge, at all material times that the MDU has been trying to resolve the matters in dispute, at no point has the issue of compensation or benefits occasioned by the wrongful termination of his employment come up for discussions.

He added that he has no knowledge of any payment advice, and has not accepted or agreed to accept any cheque/payment, from the defendant as full and final payment of benefits resulting from the defendant’s wrongful termination of his employment.

In an affidavit in support of the application filed on behalf of the plaintiff by the Paintsil Paintsil & CO., Goshen Chambers, a legal firm at Adabraka in Accra, the plaintiff is praying the court to direct the defendant to pay to him increases in salaries and allowances during the period of his interdiction and employment termination.
It asked the court to order the defendant to pay the tier 1, tier 2, and tier 3 pension contribution during the period of the interdiction and employment termination; general damages for breach; and legal cost.

The affidavit stated that though the defendant subsequently entered appearance to the action on 25 April, 2022, it has since not delivered its defence to date.

“I am advised that the Plaintiff/Applicant has become entitled to interlocutory judgment in default of defence for the reliefs indorsed in the Writ of Summons by reason of the said default,” it noted.
However, a statement of defence by the defendant expressly denied each and every material statement of fact contained in the plaintiff’s statement of claim.

“The defendant avers that the plaintiff misconducts himself and was disrespectful towards the Managing Director on several occasions and the Maritime and Dock Workers Union (MDU) per their rules always sought written permission for employees who were engaged in Union activities for every programme,” it said.

According to the defence statement, the defendant refuted the averments that the plaintiff did not have such mandate during his employment with the company and needed permission at all times to take part in union activities.
The defendant argued that the said demonstration was against government policy by some individuals in the shipping industry.

The defendant said it was against the interest of the defendant for the plaintiff to be engaged in such activities without being granted the requisite permission from the appropriate quarters.

The defendant further stated that the plaintiff’s conduct on that day was not appropriate and was aimed at bringing the name of the defendant into disrepute, considering the fact that the system the plaintiff was assisting the demonstrators to fight against was the same one that had been used for the past couple of years.

The defendant admitted paragraph 8 of the statement of claim and averred that it took that action because the plaintiff refused to accept a verbal instruction, followed by a written instruction and subsequently left his post to stay at home.

According to the statement, the plaintiff tried to use the MDU against the defendant but it stood its ground.

The defendant maintained that it acted in the right way as the conduct of the plaintiff over time had gotten out of hand and was setting a bad example for others to emulate.

Responding further to the statement of claim, the defendant said the plaintiff persistently tried to use his friends at the MDU to influence the report of the disciplinary committee but was unsuccessful,”.

Thus, the defendant stated that the suit was an abuse of the court process and that the plaintiff was not entitled to any of the reliefs endorsed on the writ of summons and statement of claim.