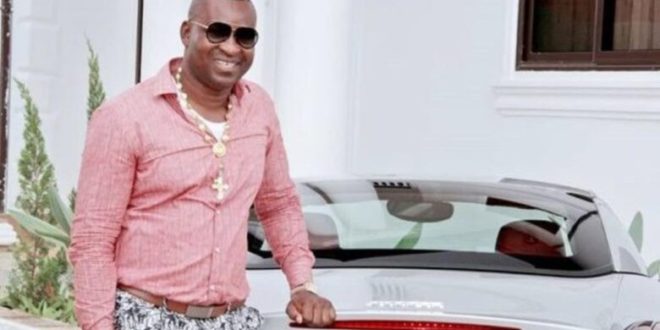 Some screenshots of documents cited online by Mynewsghana.net indicate that an engineering company with one Bernard Antwi-Bosiako as director registered early 2018 under the name Hallmark Civil Engineering Limited, will construct a 23km road in the Western North Region.

“We are pleased to inform you that Ghana Cocoa Board (COCOBOD) has approved the award of contract for the Construction of Dadieso-Akontombra Road (km 4.00-26.30), Awaso-Asawinso (Bibiani Jn) Western North Region to your company. Terms of the contract are as follows: Contract Price: Forty-Five Million, One Hundred and Ninety-Nine Thousand, Five Hundred and Twenty Six Dollars, Ninety-Six Cents (US$45,199,526.96). Contract Period: Twenty-Four Calendar Months.”

But reacting to the alleged US$45 million cocoa road contract awarded to Chairman Wontumi, the NDC Ashanti Regional Chairman declared the contract as fraudulent and further went ahead to state that the  NDC will pursue and take the money from Chairman Wontumi when they return to government, hopefully, after winning the 2020 Election.

“Go and tell Wontumi that if we dare come to power, the contract he has won is fraudulent and we will come at him and take the money for Ghanaians and Asanteman and use it for more works here,”