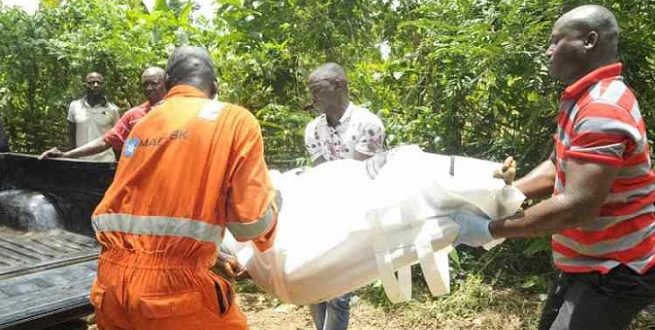 A 45-year-old Mercy Yaa Afful has been raped and gruesomely murdered at Breman Asikuma Senior High School (SHS) in the Asikuma Odoben Brakwa (AOB) District of the Central Region by unknown assailants.

Police in the area disclosed that the incident took place on Saturday dawn at about 3am leaving the victim who was wearing a black stretch trousers removed to the knee level lying in a prone position at the thick forest in a pool of blood.

Inspection conducted on the body by the police revealed a deep cut on the right side of the head and the forehead with bruises on the face.

Further inspection at the scene found a lady’s blouse with blood stains hanged on a tree with drag marks on the ground about 20 meters to the scene, MyNewsGh.com gathered.

Broken cement blocks with blood stains on them suspected to have been used in committing the crime were seen at the scene.

According to the police, George Ocran Assistant headmaster of Breman Asikuma Senior High School accompanied by Lydia Abraham Senior Housemistress and Bright Brenya a Housemaster of the school called at Asikuma station and reported that at about 3:00 am on Saturday whilst in bed, they heard someone shouting that “they are killing me”.

That about 7:00 am the Assistant Headmaster woke up and found blood stains at the back of the school fence wall near his bungalow. 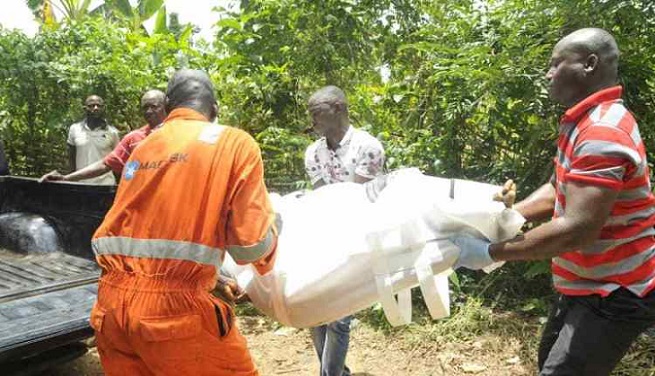 Police accompanied the complainant to the scene at Apegya a suburb of Breman Asikuma near the Asikuma Senior High School, traced the blood stains into a bush on the school land and found the body of the adult female.

The body of the deceased has since been deposited at our lady of Grace Hospital Breman Asikuma.