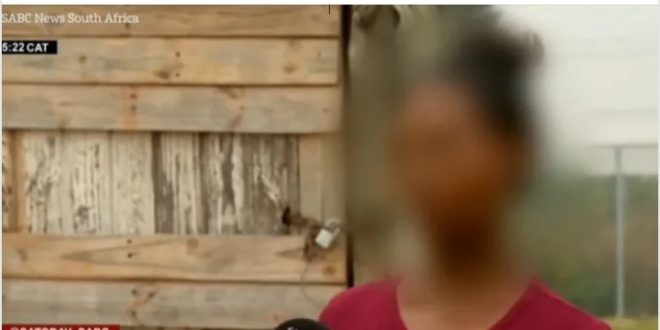 Woman, 34, dies after being [email protected] by three men and set on fire

A WOMAN has died after being brutally [email protected] by three men and set on fire in South Africa.

The 34-year-old was dragged to a park in Roodepan, Kimberley, and attacked shortly after 8pm on Friday.

She was raped in Lethabo Park before being doused with paraffin and set alight, SABC News reports.

The woman was found by horrified neighbours in front of a shack and rushed to hospital with severe burns.

She died in hospital on Sunday, police said. Cops are still reportedly hunting for the three suspects.

Thabo Mothibi, spokesman for the African National Congress in the Northern Cape, said: “As investigations by the police continue, information received points to a possible hate crime motive.”

Women living in the area of the Northern Cape said they are living in fear after the attack amid a plague of brutal sexual violence.

One local told SABC News: “We don’t have much here but that something could happen to a woman like that, it’s very sad. It’s heartbreaking to think it could happen to my daughter.”

Another said: “It’s heartbreaking to come out and see what happened but it was terrifying. It was emotionally and mentally disturbing to me.”

The horror attack comes just weeks after eight models were gang [email protected] in South Africa while filming a music video after 17 men in balaclavas suddenly appeared on set firing shots in the air.

The group had been recording a gospel music video when they were set upon at an abandoned mine in Gauteng Province. The victims tried running away but were stopped by a volley of shots fired into the air. They were then forced to lay down as a group of men who were wearing balaclavas approached.

The gang took their mobile phones, jewellery, bags, cash and filming equipment before taking one model at a time to an undergrowth and raping them 10 times each. The victims were attacked 32 times in total before South African police arrived.

Cops entered into a gunfight which killed two miners and injured another, according to the Child Protection and Sexual Offences Unit. Following the shoot-out, 65 “illegal” miners were arrested.