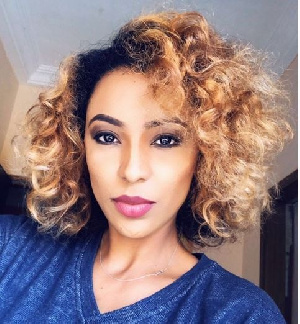 Actress Nikki Samonas has descended heavily on a twitter troll, who sort to tease her over a post she made earlier today, December 11, 2019.

It will be recalled that Nikki Samonas, together with a number of Ghanaian celebrities were ‘snubbed’ by American Rapper Cardi B, over a meet and greet session, when the rapper came to Ghana to perform at the Livespot X concert, held at the Accra Sports Stadium.

Earlier today, the actress took to her twitter to post about the upcoming ‘Afrochella’ concert, and that opened the flood gates for more trolls.

After she posted ‘Afrochella’, a tweep with username @iamGabrielhart replied, “I hope you will not greet or meet anyone for dinner.”

This reply didn’t go down well with the actress, who retweeted the reply with very unprintable words and insults.

The visibly angry actress did not spare the troll and showed him how fed up she is over the ongoing trolls over the meet and greet snub. 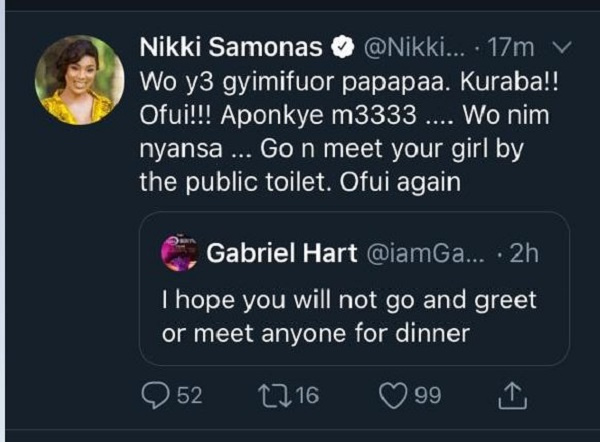