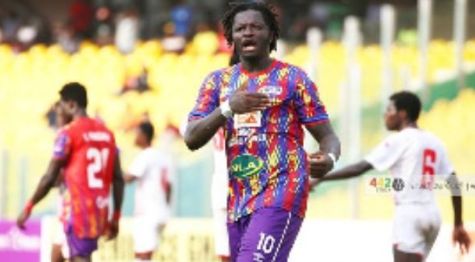 Hearts of Oak depart to Dormaa ahead of Aduana clash

It has been reported that Sulley’s unavailability for the game is on the account of the unavailability of flights operating from Accra to Dorma. Muntari, hence, did not travel with the squad.

Muntari has played in six matches for Hearts of Oak since joining the club two months ago.

Only one of the six matches was played outside Accra. That is Hearts of Oak’s game against Real Tamale United in Tamale.

There are active flights from Accra to Tamale and therefore Muntari made the trip.

Nonetheless, Hearts of Oak via a video posted on social media have already set off for their trip to Dormaa ahead of the game on Sunday, March 13, 2022.

The first leg of the fixture ended one-all at the Accra Sports Stadium.

While Hearts will be looking to build on their moment from the win over WAFA, Aduana Stars will be hoping to win to close in on league leaders Asante Kotoko.

Meanwhile, Hearts of Oak in a release via their Social Media has explained that Muntari will not be available due to injury.

Previous The village of ‘no’ hope; Osumbo residents get help
Next VIDEO: 68-year-old footballer reveals secret to fitness