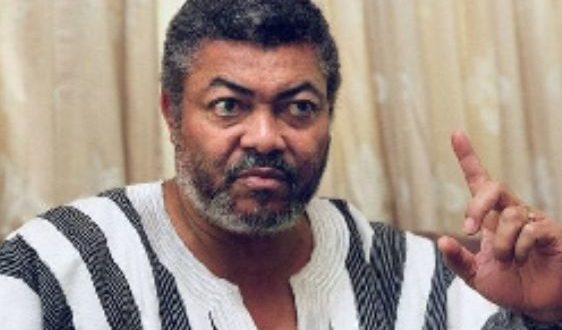 Parts of Achimota Forest declassified as a forest reserve

This is according to Executive Instrument 144

Abu Jinapor denies the forest has been sold

Dr. Donald Agumenu, an aide to late President Jerry John Rawlings, has stated that one of the wishes of the late former President was to use ashes from his cremated body to nourish the Achimota Forest Reserve and in the end help preserve the ecological sustainability of the green belt in Accra.

In a 3news report cited by GhanaWeb, the special aide said, “He [Rawlings] also wanted cubes made out of his cremated body ashes to be used in planting trees in Ghana.”

He described the wishes of his late boss as “his greatest contribution towards the preservation of Achimota Forest and the climate apart from numerous tree planting exercises.”

He has therefore called for a rethink on the latest government action that involves declassifying the Achimota Forest as a reserve.

“The far-reaching moral authority and influence of our revered traditional leaders of which some are members of the Council of State should be brought on board to advise the leadership against this move.”

He said the recent release of portions of the Achimota forest to the Owoo family for other purposes “cannot and will not improve the socio-economic welfare of our country but rather cause havoc to the entire ecosystem”.

“It is my prayer the President of the Republic, H.E Nana Akufo-Addo will reconsider the advice from his sector leaders to avoid any restructuring or demarcation that will affect that beautiful ecosystem,” Dr Agumenu observed.

Dr Donald Agumenu noted that, instead of releasing some portions of such strategic green belt and vegetative cover to private interests, the government should rather work out an appropriate and adequate compensation mechanism to the allodial owners in question.

Reports emerged earlier this week suggesting that the Government had gazetted an Executive Instrument (E.I.) to approve the redesignation, sale or development of Achimota Forest.

A document from the Ministry of Lands and Natural Resources, making reference to an Executive Instrument, stated that the Achimota Forest Reserve is to no longer be regarded as a forest reserve.

“An Executive Instrument (E.I.) 144 gazetted on behalf of President Akufo-Addo by the Lands Minister Samuel Abdulai Jinapor indicates that effective May 1, 2022, the land on which the Forest is located shall cease to be a forest reserve.

“The President’s action was in accordance with Section 19 of the Forest Act, 1927 (CAP. 157) which gives him the authority to declare that particular land is no longer required as a forest reserve,” portions of the purported E.I. read.

But, Samuel Abu Jinapor, Minister, Lands and Natural Resources, dismissing these accusations at a press conference on Tuesday, said the Executive Instrument, E.I. 144, pertained to 361 acres of peripherals of the Achimota forest.

He added that the government is returning it to its custodial owners, identified as the Owoo family because the land was not being used for its intended purpose, which included the extension of the Achimota School.