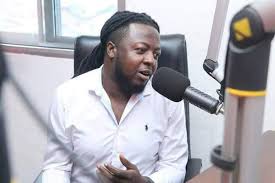 Rapper, Guru falls in the category of people who need both the recognition and the money but that hasn’t been the case since he set of in his music career.

The Lapaz Toyota hitmaker has never won Ghana Music Awards since its inception regardless of the hardwork he has invested in his career.

In a tweet telling the world how sad the development has made him over the years, Guru mentioned that “you guys been doing same to me for the past 10yrs of my career, Always coming out with funny reasons after every VGMA refusing to acknowledge the hard work I put in. Been my own self producer for the past 10yrs without any investor but always doing a great job for y’all”.