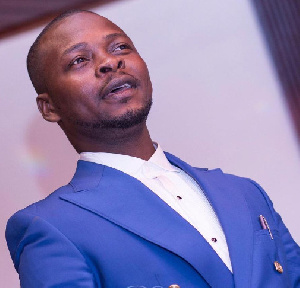 WhatsUp News Editor To Appear In Court On OActober 22

The editor of Whatsup News, David Tamakloe, has been granted bail by the New Edubiase Magistrate Court in the Ashanti Region today, Thursday, October 8.

He will appear before the court on October 22.

He was also slapped with two counts of allegedly publishing false news.

The editor was arrested by the Tesano police on Wednesday afternoon.

He was then moved to New Edubiase in the Ashanti Region later in the evening.

“I wasn’t manhandled but was put in handcuffs from Accra all the way to the Ashanti Region over the coverage of a press conference by the NDC during the new voter ID card registration where the party made the allegation. I have been ordered to reappear in court on 22 October,” he added.

Mr Tamakloe who is also the Vice-President of PRINPAG arrest was in connection to a publication in his virtual newspaper.

The publication was carried from a press conference held by the opposition NDC which alleges some police intimidation against Ewes and Northerners during the voter registration exercise in New Edubiase.

The police invited the Editor of Whatsup News but failed to honour. After several unhonoured invitations, the police secured a bench warrant to help arrest the Whatsup News Editor in Accra.