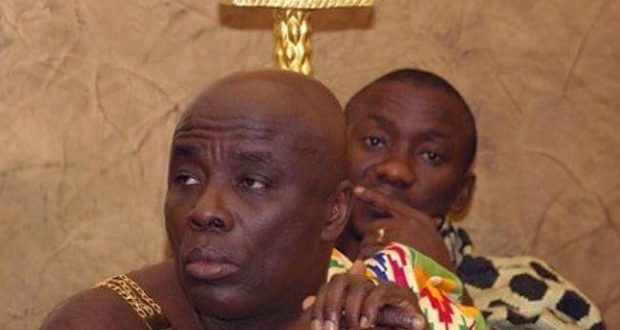 Were you a wizard for threatening anti-Mahama protest in 2014? – Captain Smart asks Okyenhene 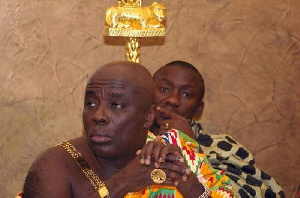 Onua FM/TV host, Blessed Godsbrain Smart, alias Captain Smart has advised the Okyenhene to be measured in his pronouncements as regard persons who critique President Nana Addo Dankwa Akufo-Addo.

Reacting to recent comments attributed to Osagyefo Amoatia Ofori Panin II on the October 24 edition of the Onua Maakye programme, Captain Smart adduced reasons for which the Okyenhene had overstepped his boundaries with comments deemed insulting.

Smart submitted that calling the president to account, no matter how heated the language use is, did not amount to being abusive, hence it was misplaced for the traditional leader to have claimed that critics were uncivilized persons or witches and wizards.

He cited an instance in 2014 when the Okyenhene, then acting as President of the Eastern Regional House of Chiefs protested against the then Mahama government over the bad state of roads, stating that doing so could not have meant he was a wizard.

“Respectfully, we had a president called Mr. Mahama, you wore sneakers and threatened to protest against him, if I may ask, were you a wizard for doing so?

“Please were you a wizard? What it is, is that the Bible says children should respect the elderly and that is the first rule. Thereon, the Bible adds, parents, don’t act in a way that angers your children,” he added.

He also admonished the chief to desist from talking about governance, especially about critics of the government stressing that he is not a part of the government. “I would beg that you mind your words. Thank you,” Smart concluded.

“We must appreciate the feat of the President and show him [some] appreciation for what he has done for Ghana. We must defend and protect him,” he said.

Okyenhene stated categorically, ”those insulting the President are children of villagers. They are uncivilized. No well-nurtured person will insult an elderly. If you were raised in the Church, you will not insult an elder. If you are not a villager then you may be a witch or wizard.

“Not all will like you. Even Jesus Christ was crucified. It won’t bother me if they speak with sincerity but when you speak with hate, witchcraft, and envy, you must be careful because one day! one day! one day! one day! One day! the truth will overcome evil lies and envy,” Osagyefo Amoatia Ofori Panin II added when he spoke at the inauguration of the Archdeaconry Service held at the St. Martin Anglican Church in Kyebi on Sunday, October 23, 2022.

Previous Woman aborts her 4-months-old pregnancy after boyfriend sent her to US to deliver
Next 10 students, 1 fish: ‘Good Samaritan’ goes to the rescue of St Paul SHS students