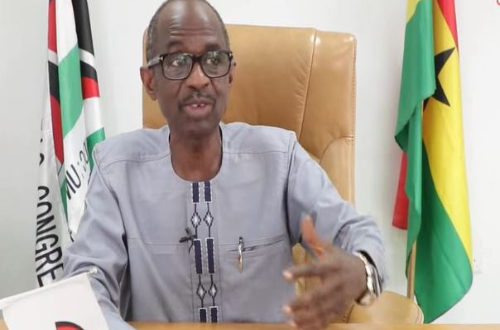 The opposition National Democratic Congress(NDC) has said the party’s caucus in parliament will participate in the vetting of Akufo-Addo’s Ministers despite its position not to recognize the President.

Addressing a Press conference in Accra, the General Secretary of the NDC, Johnson Asiedu Nketiah intimated their resolve to participate in the exercise is in the national interest.

“Yes, we’ll participate in the vetting, because taking part is not meant to approve alone. It’s also meant to block thieves from becoming ministers,” he explained.

The National Democratic Congress says it will not recognize Nana Akufo-Addo as President of the country until all issues surrounding the December 7, 2020 elections are resolved.

“Let me state without any equivocation that the NDC shall not recognize Mr Akufo-Addo as the President of Ghana until all issues surrounding his flawed elections are satisfactorily resolved,” General Secretary of the party Johnson Asiedu Nketia said at a press conference Friday.

Commenting further on this, the General Scribe of the NDC insisted that although they’ve taken an entrenched resistance to Akufo-Addo’s legitimacy as a result of their electoral disputes, they will still perform their watchdog role.

According to him, they will participate in the debate of bills in parliament and if they are bad, they’ll shoot them down.

Previous VIDEO: Ursula Owusu is not my type of woman – Akandoh
Next Becca reacts to mother’s death