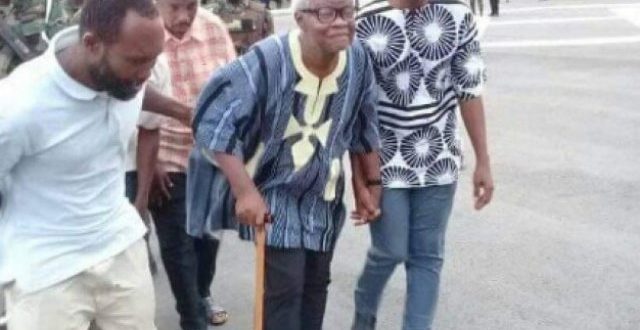 Mr George Nyarkpo, the Secretary to the Homeland Study Foundation, a secessionist group in the Volta Region, has said the group will continue, until death, to press for the declaration of the Volta Region as an independent nation.He said no amount of intimidation and death threats will prevent the group from pursuing that dream.Mr Charles Kormi Kudjordjie, also known as Papavi Hogbedetor, and seven others, who have been championing the independence of the Volta Region were arrested by the Bureau of National Investigations (BNI) on Sunday, 5 May 2019 while they met.A statement issued by the police said the men were putting final preparations to their plan to declare independence for the Volta Region on May 9.The group wants a restoration of the pre-independent Western Togoland through a total break away from the current Republic of Ghana.Although the leading figures of the foundation were ordered by a High Court in Ho to sign a bond of good behaviour and desist from their secessionist activities in July 2017, they convened another breakaway conference in the Volta Region on Sunday, which resulted in the arrest of Mr Kudjordjie, who is over 80 years old and the other front liners.The secessionist leader was flown to Accra and is currently in the custody of the Bureau of National Investigations.Speaking in an interview with Kwabena Prah Jnr. on Ghana Yensom on Accra 100.5FM on Tuesday, 7 May 2019, Mr Nyarko said: “We have taken the issue outside of the shores of Ghana. We wrote to the UN, we wrote to other bodies that have been mandated by the UN. When you go to the website now, you will hear all our stories there. So, all the international bodies are aware. We are just inviting Ghana to come to the dialogue table, we don’t hold gun or anything or we are scared. Man dies only ones.“We are just inviting them to come and let us talk about this issue. When we get our independence, you will still be our close neighbours. We have a lot of plans underway.“Yesterday [Monday, 6 May 2019], we held a press conference and announced that this issue has gone beyond guns and bullets. That is why we are extending hands to them to come and let’s talk. If they don’t choose the peace approach, we will meet them by their own actions.”Source: Ghana/ClassFMonline.com